You are here: Moscow / Attractions / The Armoury Chamber / Moscow 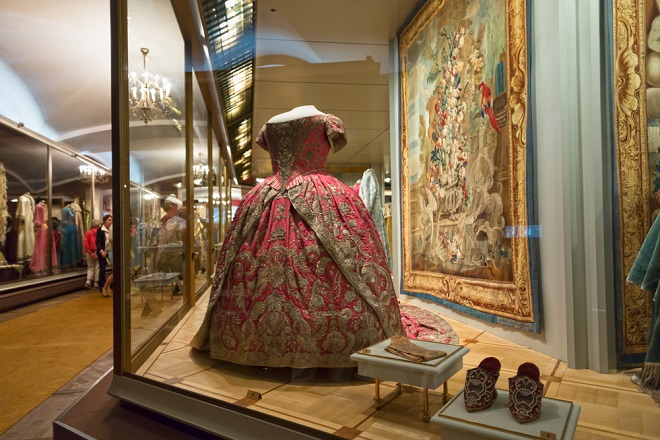 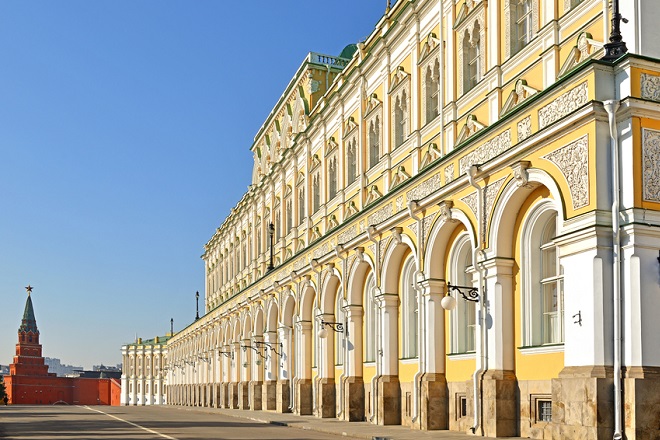 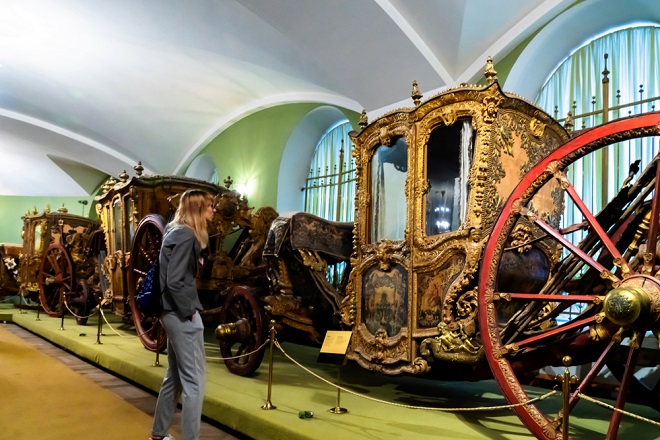 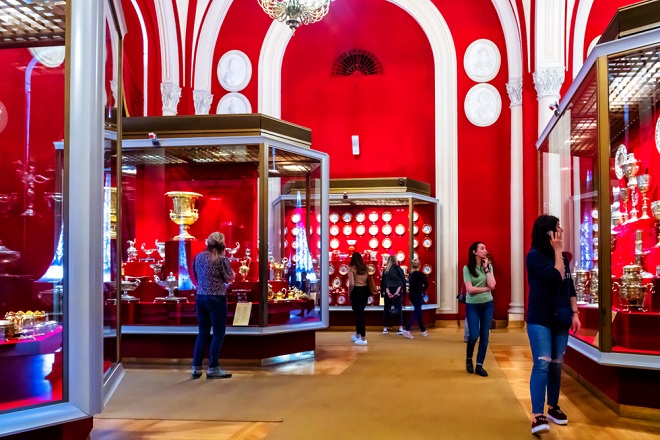 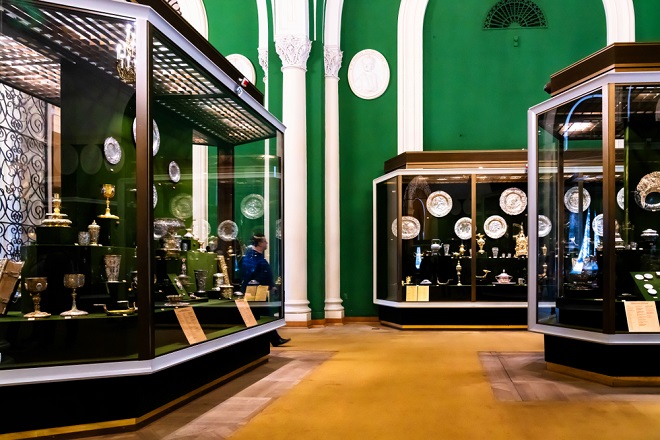 Don't be misled by the name – the items here are from the former Royal Treasury of the Tsars. They were put on display in the 19th century in a Kremlin building which had previously been a weapons store – and was thus equipped to provide security for the priceless collection. Today the collection has over 4000 exhibits from Russia, Europe, and Asia. Also on display are Russian state medals and orders, the coronation regalia of the Tsars, the royal carriages, a huge display of royal jewellery, a large display of antique silverware, and valuable items produced by Russian craftsmen.

The earliest items in the collection were diplomatic gifts from ambassadors of other nations, seeking to curry favour with the Russian court. By the 19th century, Tsar Alexander I decided that the collection had grown too large for the Royal Treasury, and needed its own premises within the royal court. The building which now houses the museum collection was built in 1851, to designs by the architect Konstantin Ton.

Following the Russian Revolution of 1917, the new Soviet Government resolved to take all the items into public ownership and open a museum with them – supplementing the displays with items confiscated during the closure of the monasteries and churches. The displays followed a broadly chronological order, with a guided commentary provided by museum staff.

Today the displays of the Armoury Chambers are spread across nine halls, over two floors and now follow a thematic principle for their exhibition.

Guided Tour to The Armoury Chamber

City tour with Kremlin
Duration 4 hours
Price On request
Review the details
Send us a request to find out all the information you are interested in. This request is free and without obligation.
Request the Tour
Thank you for contacting us! Our manager will be in touch as soon as possible to finalize the details. Close