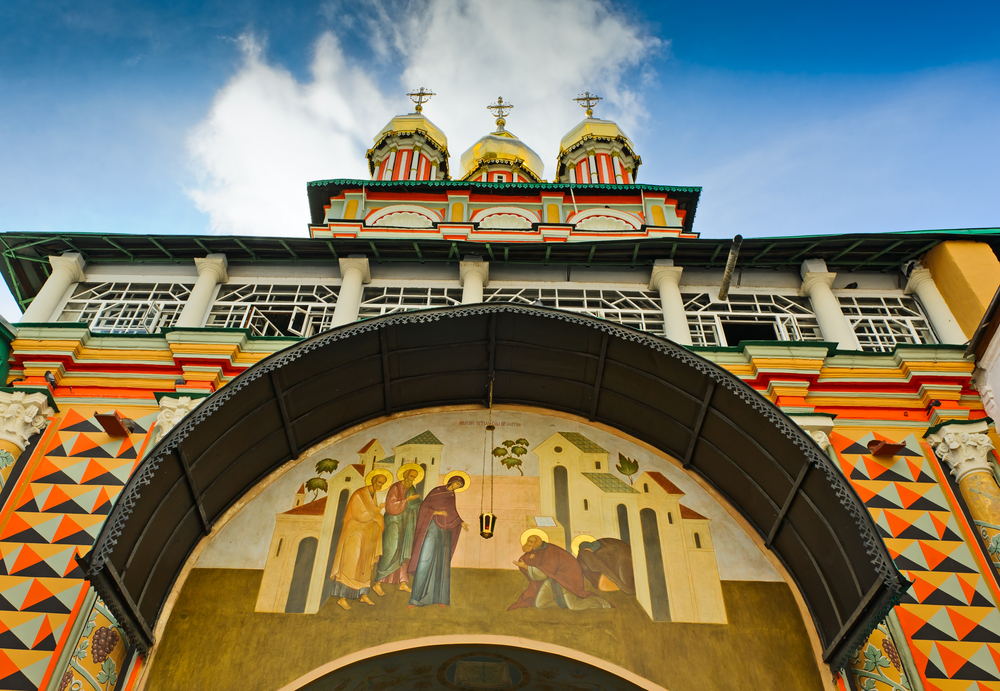 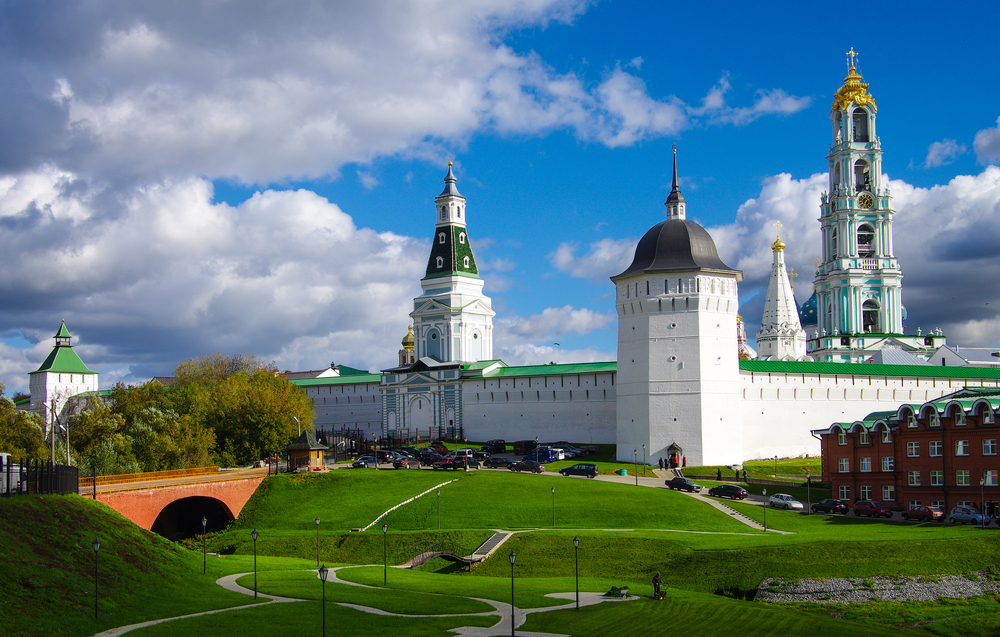 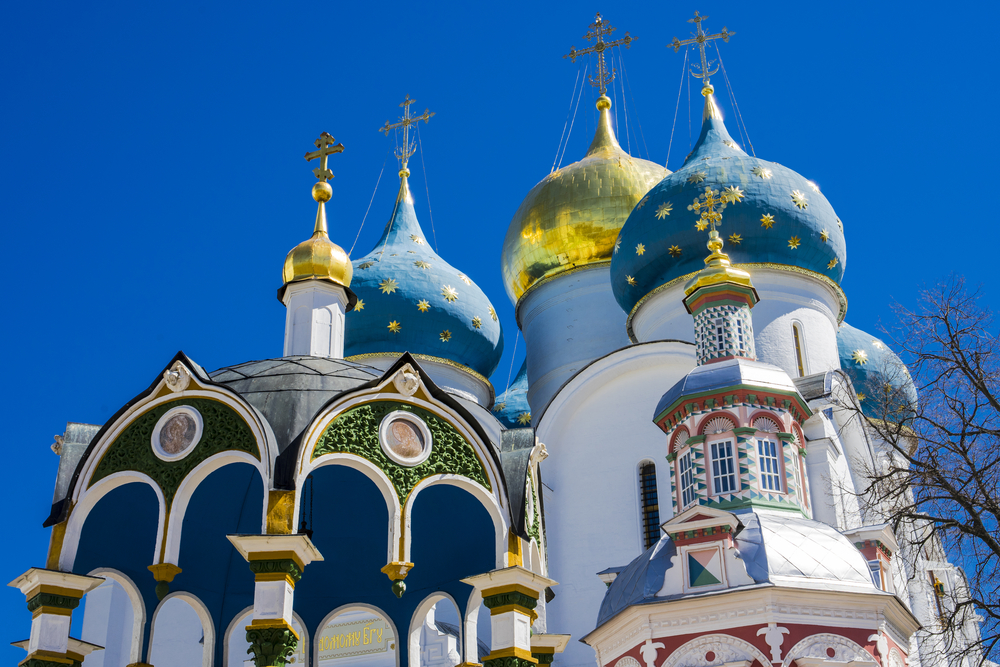 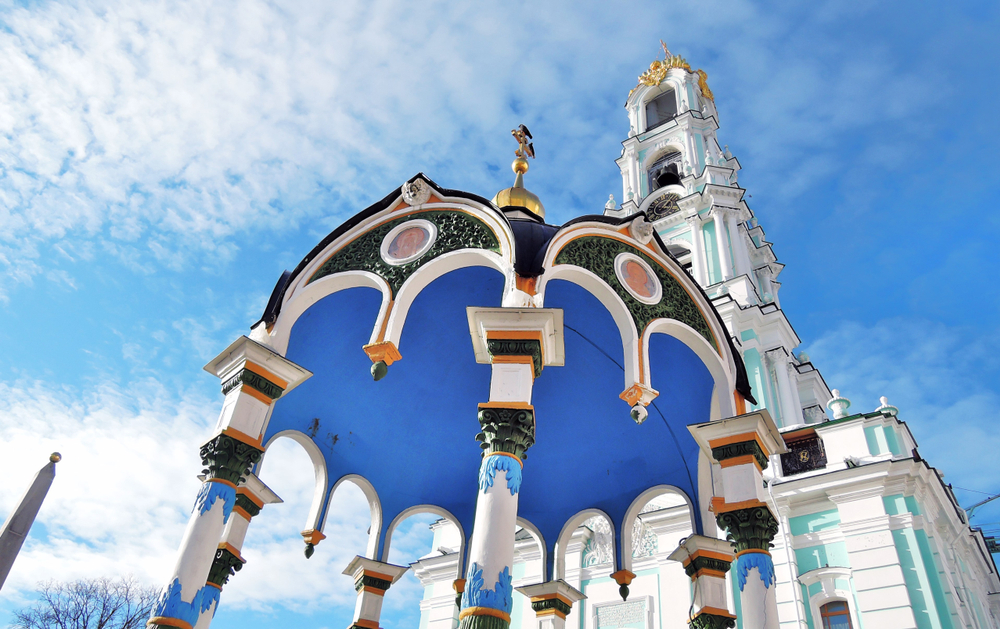 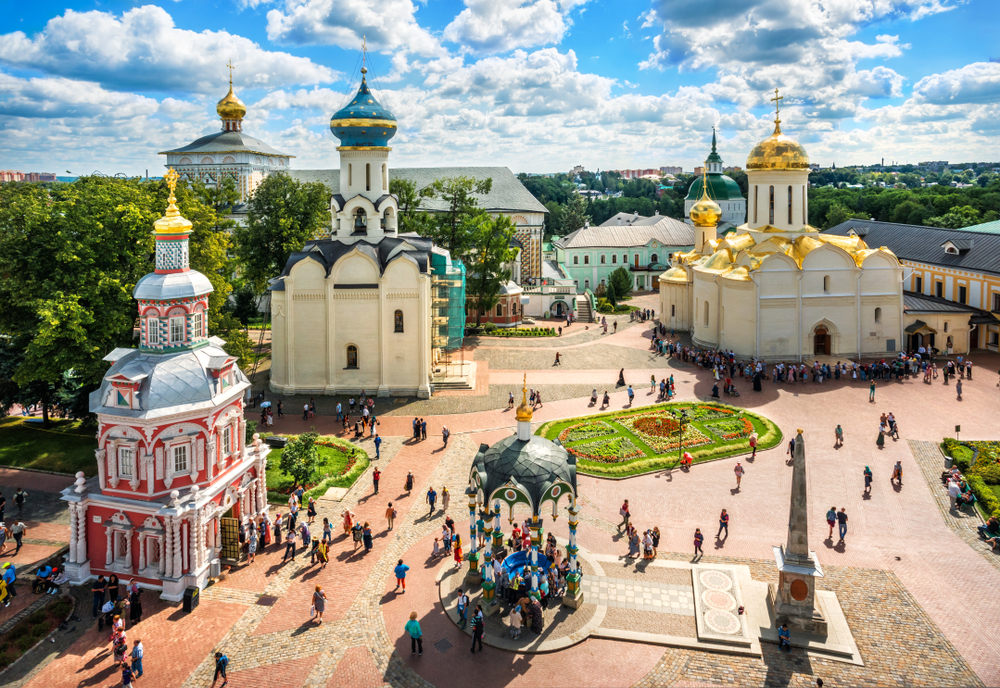 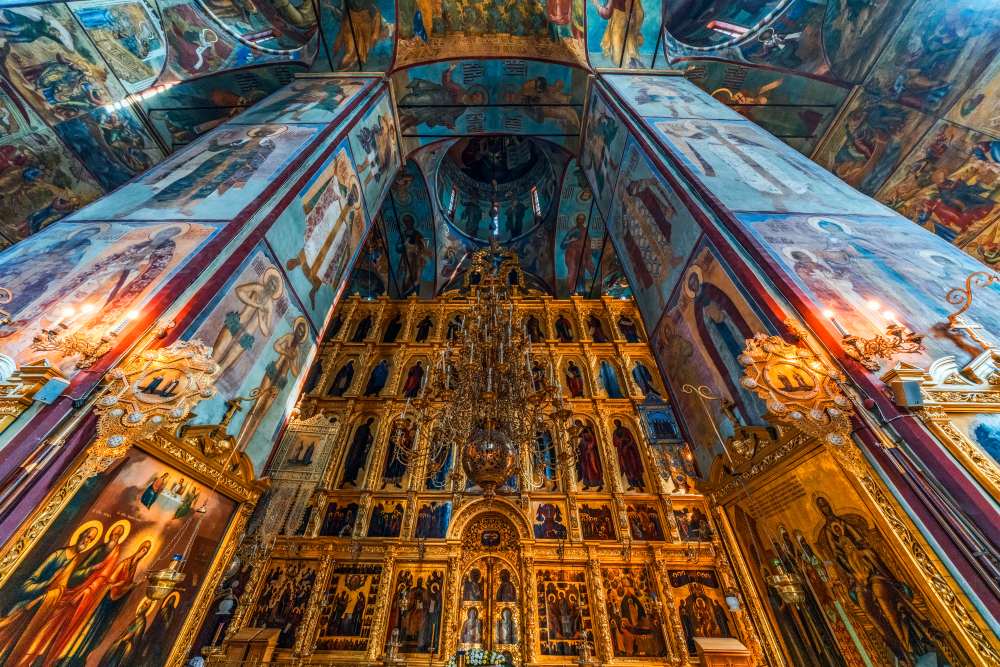 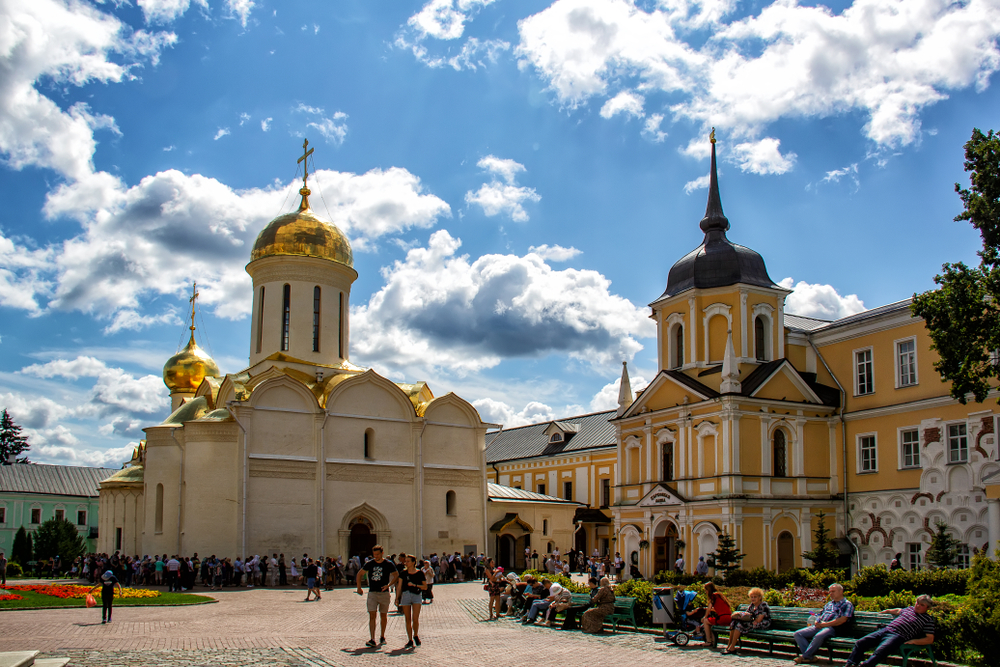 The Trinity St Sergius Lavra Monastery is the largest monastery of the Russian Orthodox Church, with a history that dates back for hundreds of years. The monastery is located in the town of Sergiev Posad, which is around 70 kilometres to the north-east of Moscow. The monastery comprises over fifty different buildings, located within ancient defensive walls. Today, the monastery is listed as Unesco Site of World Heritage.

The Holy Monk, St Sergius of Radonezh established a small religious community at Makovets Hill, 70 kilometres from Moscow. In 1377 the monks built Church of the Holy Trinity to serve their worship needs. The depth of Christian study and devotion at the community became famed throughout Russia, becoming a spiritual centre serving the whole country. Grand-Princes came to the monastery for blessings before military conflicts.

By 1422 the original wooden Trinity Church had been replaced with a stone church – the Trinity Cathedral. Great ikon-painters such as Andrei Rublev and Daniil Chorny were involved in the murals and frescoes of the new cathedral. Rublev's famous ikon 'The Trinity' was created especially for the cathedral.

During the political upheavals of the early 17th century known as the Time of Troubles – during which Russia was invaded by a Polish-Lithuanian occupation force – the monastery withstood a sixteen-month siege by the would-be occupiers. Despite terrible suffering and damage, the monastery defended itself against the attacks.

During the eighteenth and nineteenth centuries, the Trinity St Sergius Lavra became one of Russia's richest monasteries. As well as becoming involved in trade, the Monastery opened a Divinity Academy.

Today there are around 200 monks serving and working at the monastery.

Sergiyev Posad
Duration 8 hours
Price On request
Review the details
Send us a request to find out all the information you are interested in. This request is free and without obligation.
Request the Tour
Thank you for contacting us! Our manager will be in touch as soon as possible to finalize the details. Close