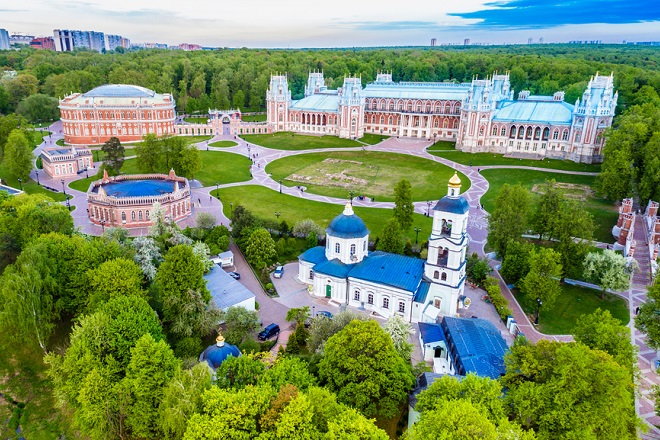 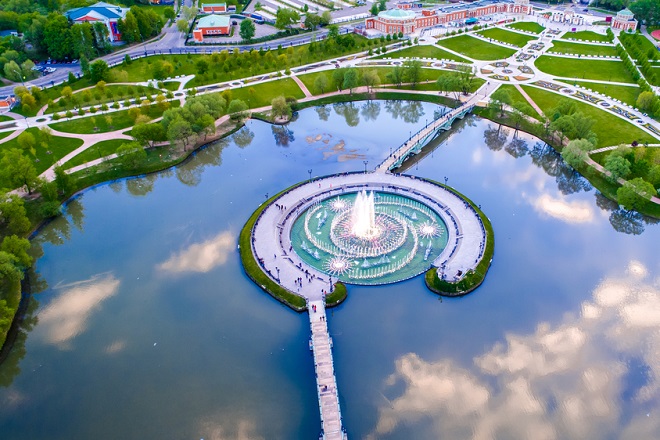 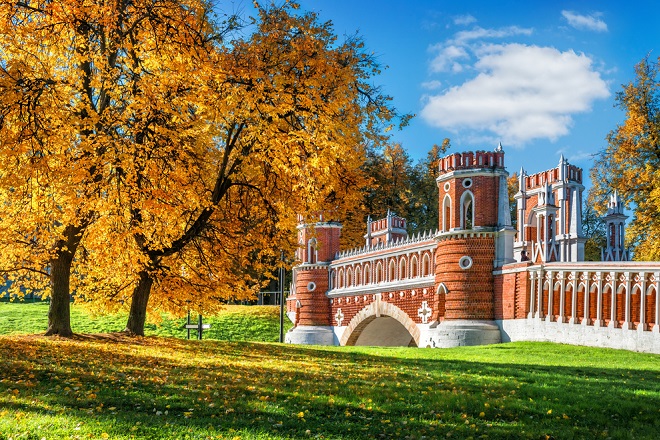 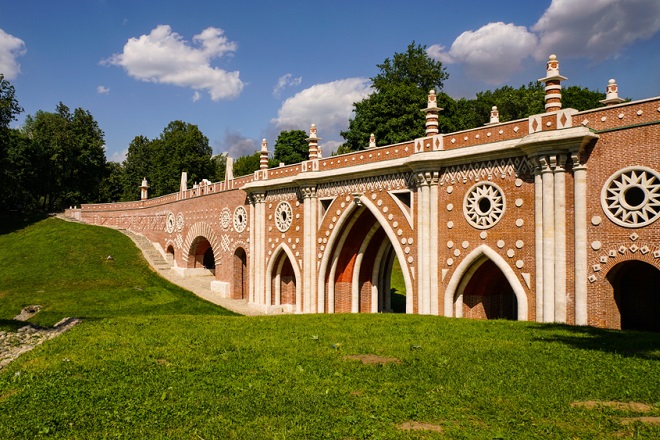 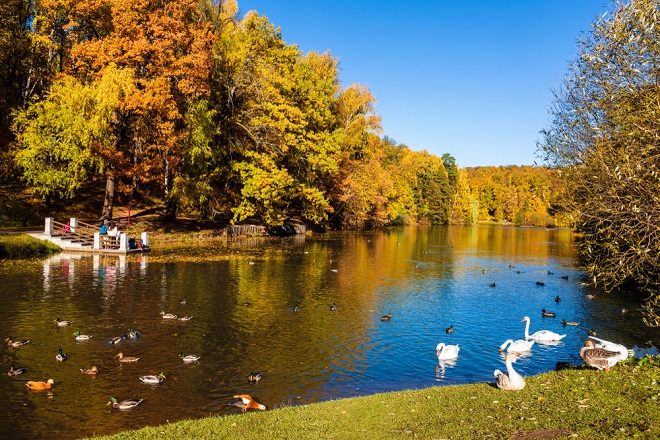 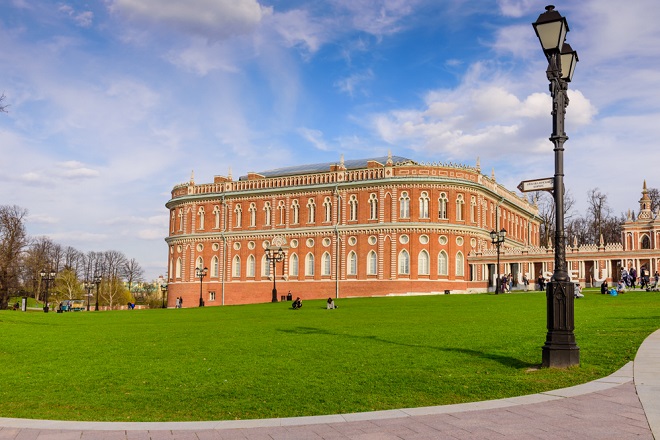 The complex of palaces, chambers and palaces known as Tsaritsyno was built on what were then the southern outskirts of Moscow in the 18th century, on the orders of Empress Catherine the Great. The Great Palace is the only surviving example of what is now known as 'Russian Gothic'. The entire estate covers an area of over 400 hectares.

One day, when Her Majesty Catherine the Great was returning to nearby Kolomenskoye, her attention was taken by the picturesque views of this neighbouring area – and she immediately bought the land, with the idea of building a royal residence there.

Her Majesty did not care for the work architect Vassily Bazhenov did on her new project, and the buildings put up by his replacement, Matvei Kazakov burnt now during a fire. The result was that Her Majesty never lived at the estate at all, and preferred instead to live in St. Petersburg.

By the 20th century, Catherine's unwanted project had fallen into dilapidation but was then finally brought into order. Tsaritsyno is not just a lovely park and museum, but also a cultural centre. The now-completed palace building is a museum showing the history of Catherine's royal residences in Russia – as well as archaeological finds discovered in the park. Many art events are held at the palace, which today features one of Moscow's major concert-halls.

Guided Tour to the Tsaritsyno

Tsaritsyno
Duration 3 hours
Price On request
Review the details
Send us a request to find out all the information you are interested in. This request is free and without obligation.
Request the Tour
Thank you for contacting us! Our manager will be in touch as soon as possible to finalize the details. Close