You are here: Saint-Petersburg / Attractions / The Admiralty / Saint Petersburg 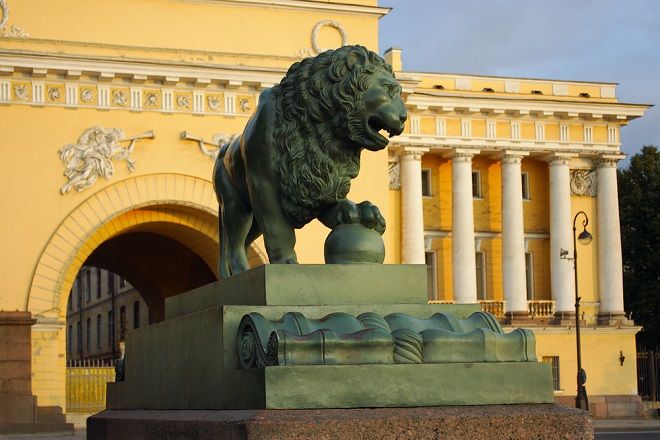 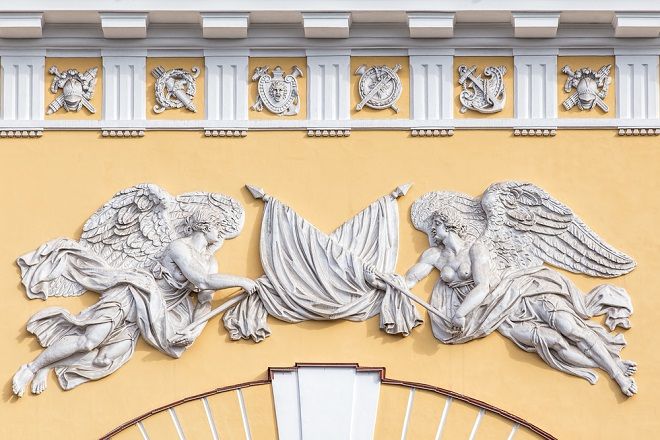 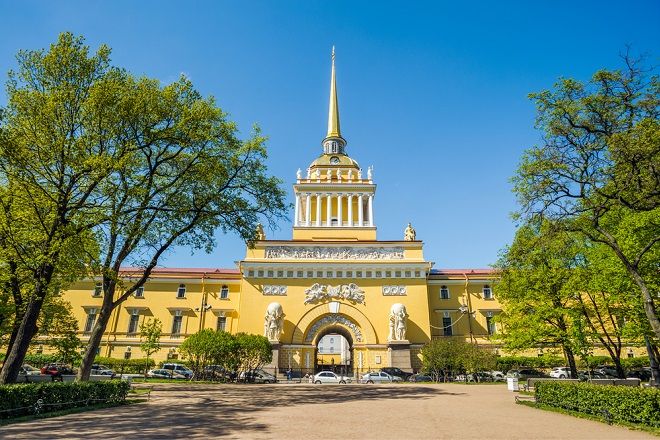 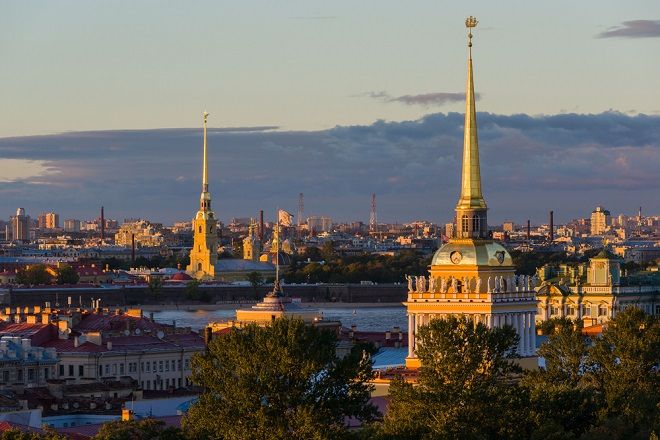 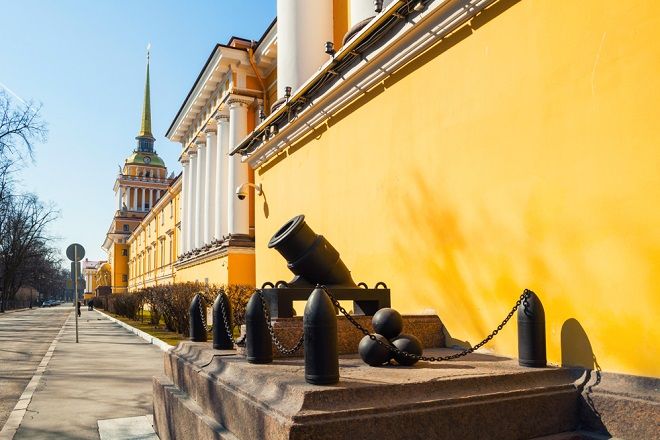 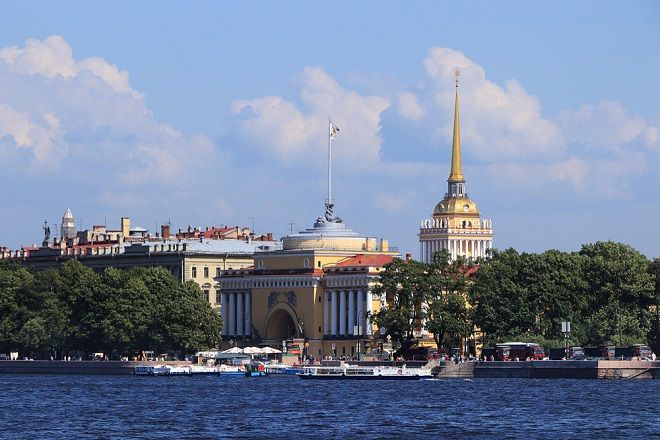 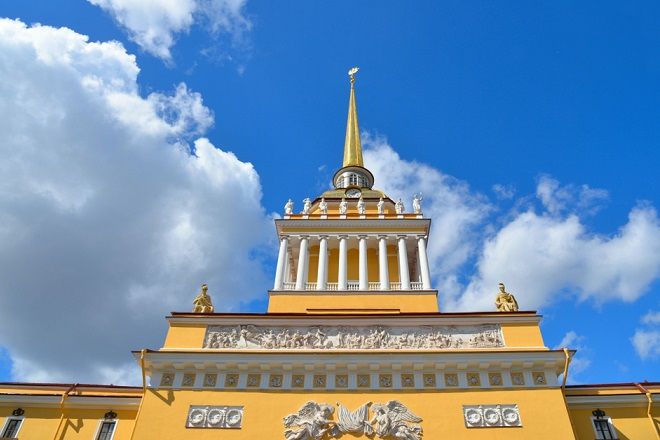 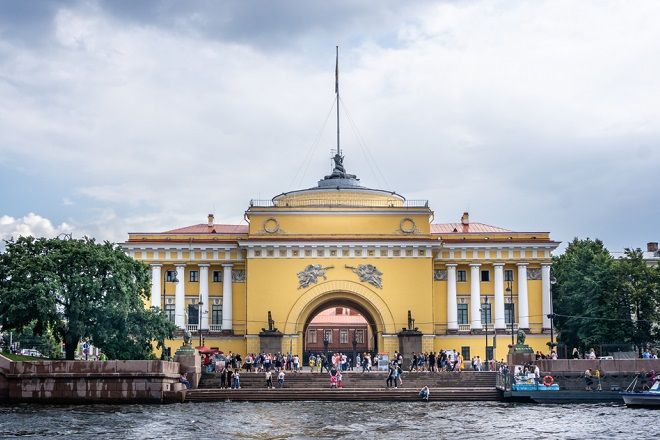 During the era of Peter the Great and his successors, the Admiralty was the St. Petersburg's primary shipbuilding wharf area. Most of the buildings on the site at that time were used for building ships, or manufacturing the parts and equipment needed for shipbuilding. Today, the Admiralty and its surrounding premises is the property of the Russian Naval High Command. Tourists are attracted by the legacy architecture and historic symbol – such at the famous weathervane on the main spire of the building, which has gone on to acquire its own fame as the 'little ship' of St Petersburg legend.

Peter the Great arrived at the idea of building new shipbuilding wharves for Russia after a series of unsuccessful attempts to build ships at Lake Ladoga. Matters were further complicated by storms at Lake Ladoga, which prevented the completed ships from making their way to the Neva River.

After reviewing numerous possibilities, it was decided to establish the new shipyards at a good location on the River Neva, directly opposite the Peter & Paul Fortress. Everything was in favour of this spot – the width of the river was ideal, ships could be launched directly into deep and navigable water, and within easy reach was access to the Baltic Sea. Meantime the shipyards were within the protective ambit of the city's fortress. Lumber and materials could be easily transported both by sea and land.

The new Admiralty building was founded on 5th November 1704 – and the first ship was launched from there in May 1706. The very first ship to be built was designed by Peter the Great himself, and today the plans for its construction are kept in a museum.

The thick forest which had once grown in the area around the Admiralty was felled, to provide ideal visibility in all directions. Later on, the area was used not for military activities, but as a spot for public entertainment. Later, the area originally occupied by the Admiralty would give way to new public areas, such as Palace Square, Senate Square, and St Isaac's Square.

In 1719, the tower above the Admiralty was first capped with a metal spire, at the top of which flew the famous 'little ship' weathervane. A legend claims that the weathervane contains the personal compass of Tsar Peter the Great. However, confirming this legend or otherwise is now impossible, since the original copy of the weathervane was mislaid during rebuilding works in 1815.

Guided Tour to the Admiralty

Around the Admiralty Building
Duration 2 hours
Price 25€
per person
in a group of
4 people
Review the details
Send us a request to find out all the information you are interested in. This request is free and without obligation.
Request the Tour
Thank you for contacting us! Our manager will be in touch as soon as possible to finalize the details. Close