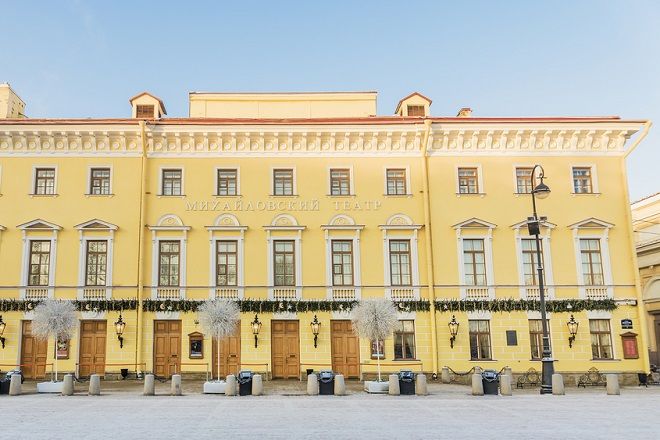 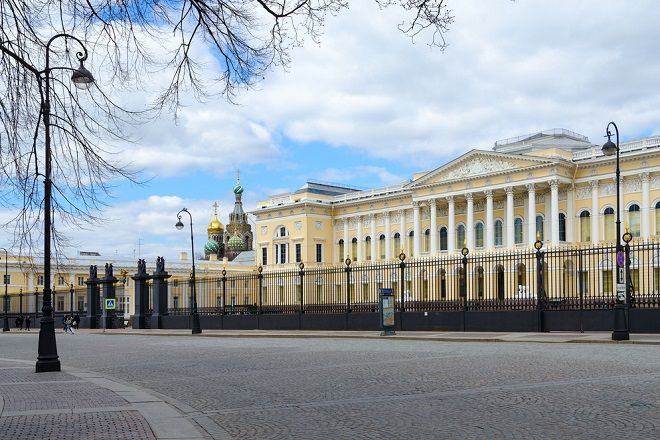 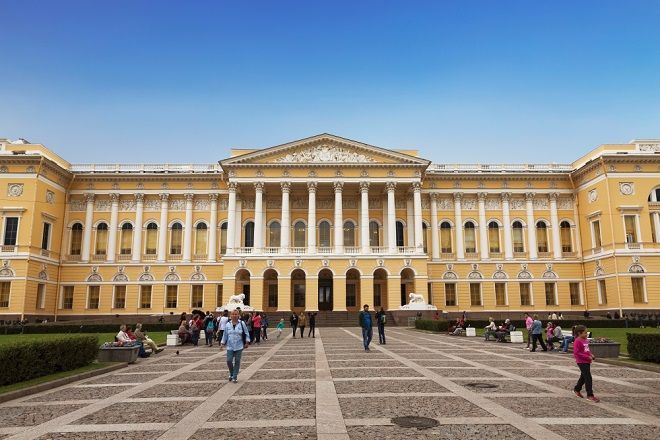 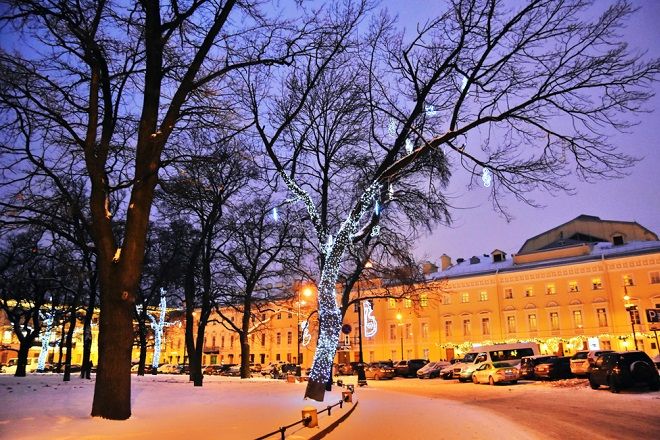 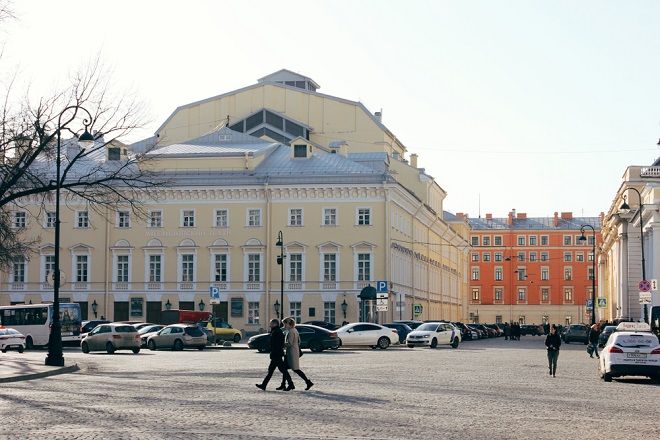 St. Petersburg's culture astounds us – so it's hardly surprising that we find Arts Square at the centre of the city. The works on display in its museums leave us in awe, while the performances in the opera and ballet theatre inspire us – and all the while, we hear the sounds of music soaring from the windows of the Philharmonia.

During the building of the city, the location of Arts Square began as a marshy bog, before it was initially given over to orchards. Such a period of frenzied city building was only recommenced in the 1820s. In honour of Grand-Duke Mikhail, son of Tsar Paul I, a mansion was built, named the Mikhailovsky Palace. Its grounds began here, while the entrance itself was placed in streets which had to be specifically replanned, so that the new palace could be designed in the so-called 'English style'.

The appearance of Arts Square has been rethought several times in its history, During the 1860s, a line of cones was placed along it. It was in 1898 that the Mikhailovsky Palace was transformed into the city's first major public art gallery.

In the Soviet era, not only the square, but its name changed too – a monument was erected to the German socialist Ferdinand Lassalle, and the square itself was renamed as Lassalle Square. It was only the advent of the Second World War which prompted a rethink – when it received its present name of Arts Square.