Pokrovskaya Church (at the Bogoslovka Mansion)

You are here: Saint-Petersburg / Attractions / Pokrovskaya Church (at the Bogoslovka Mansion) / Saint Petersburg 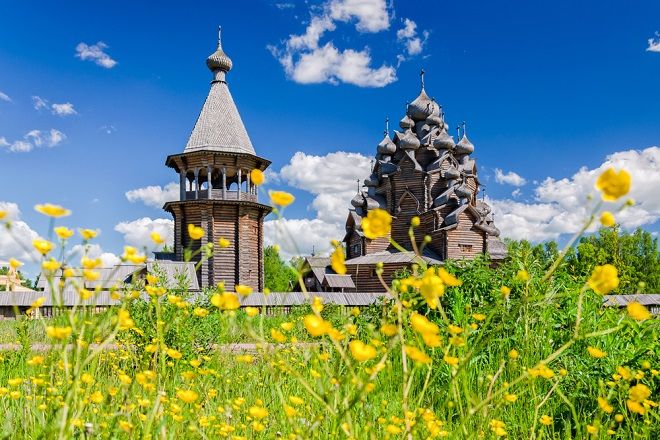 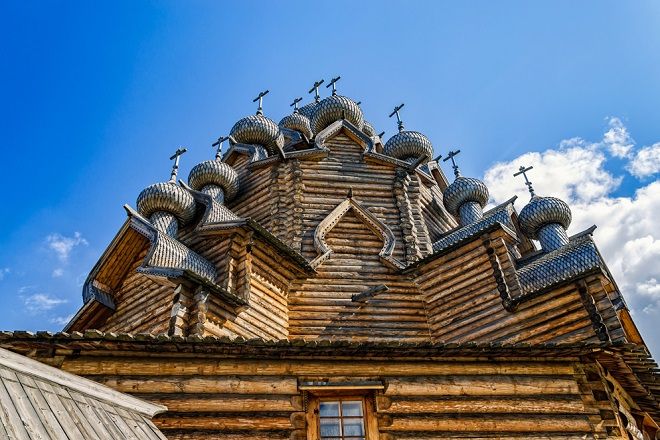 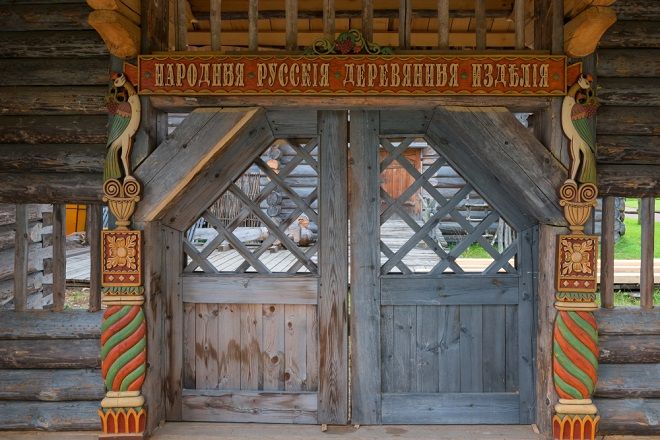 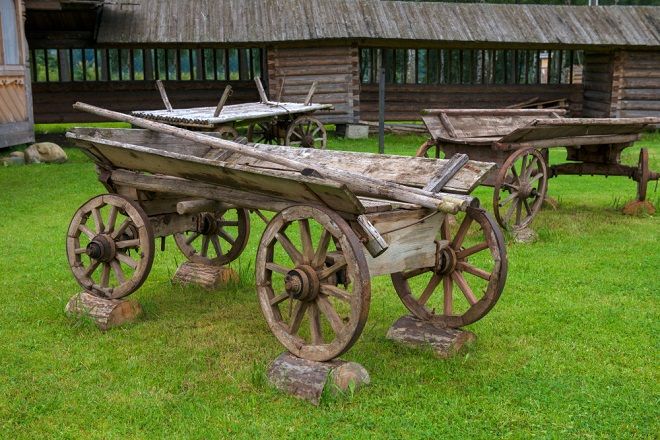 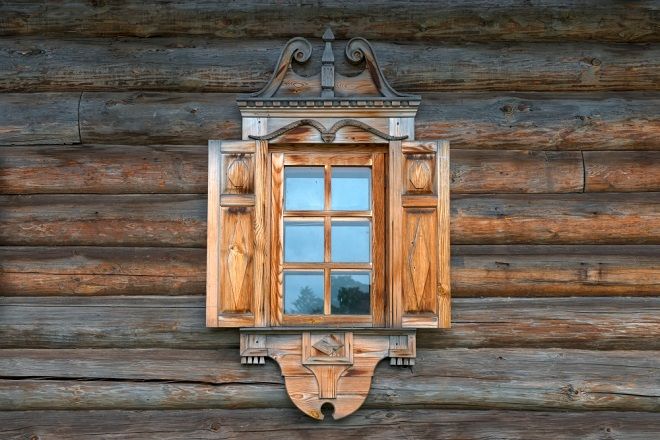 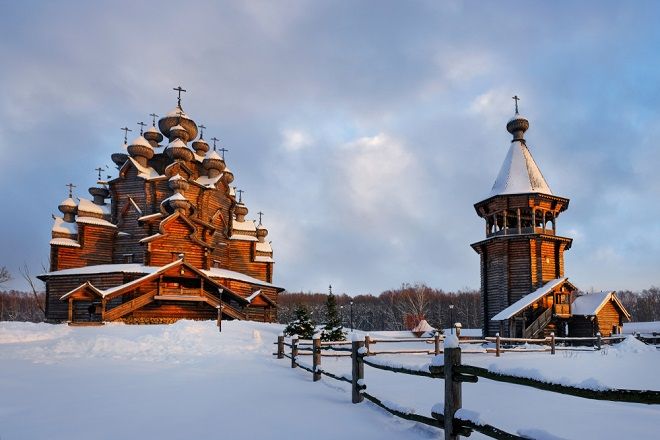 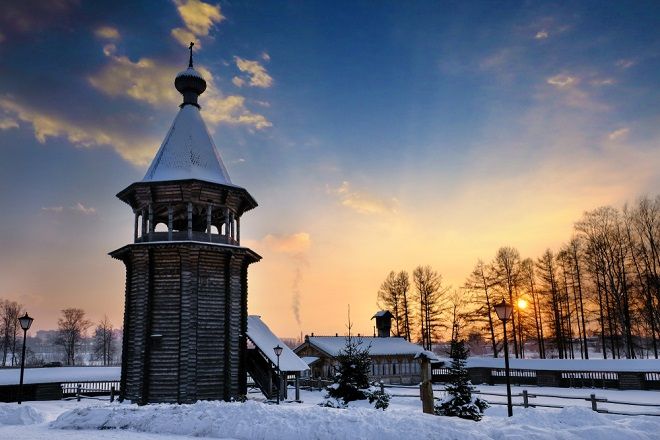 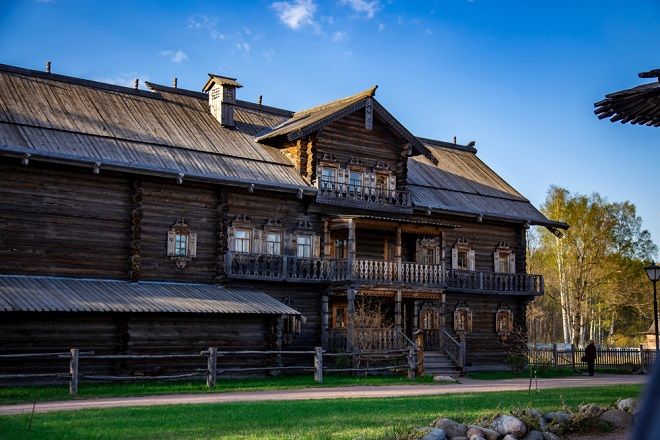 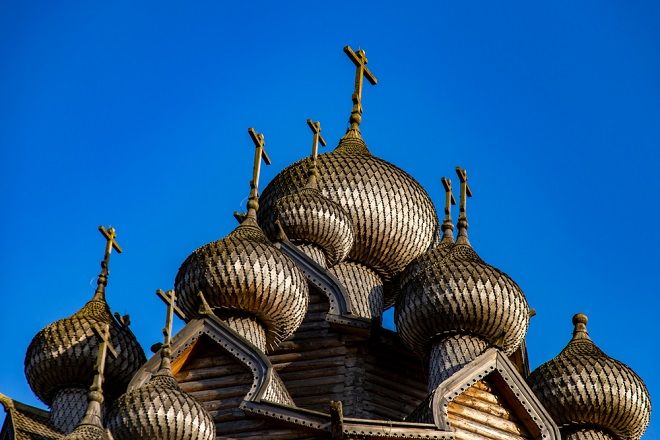 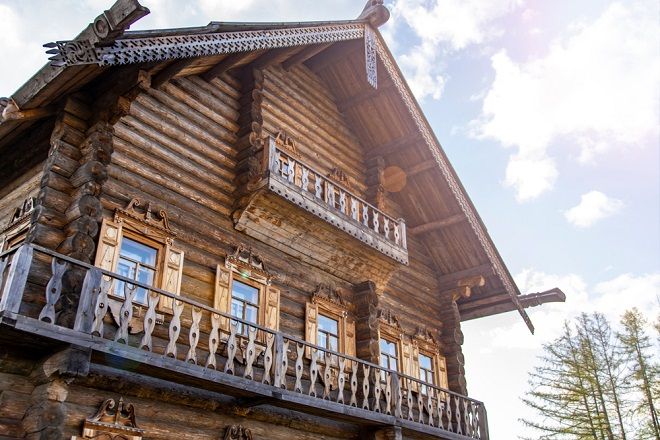 In the vicinity of St. Petersburg at the Neva Dendrology Park, there is today a full-scale process for setting up an ethnographic complex called 'the Bogoslovka Mansion'. The idea is to replicate the wooden architecture of Peter the Great's time. The highlight of the project will be the Pokrovskaya Church.

The greatest attraction of the estate is the multi-domed Pokrovskaya Church. It began its life in 1708, in the village of Ankhimovo. There are legends that the church was used as a memorial to a victim executed by Tsar Peter the Great – possibly affluent merchant, or peasant. No truth can be established for this rumour, but it is known that Tsar Peter did attend this church.

In the 1950s, the severely dilapidated church was listed for renovations. The well-known architect Opolovnikov undertook this project, and the church was already restored by 1956. Sadly, however, the wooden church burnt to the ground in 1963.

The Russian government decided to repair the building once more, in a decision made by President Vladimir Putin and His Holiness Alexei II, the Patriarch. A cross was erected in the Neva Dendrology Pay in 2003, and then on 26th October 2004, construction works began after a dedicatory service.

It was in 2008 that the reconstruction works were completed in this multi-tiered church. On 14th October of the same year, a solemn service of consecration was held.

Pokrovskaya Church
Duration 3 hours
Price 44€
per person
in a group of
4 people
Review the details
Send us a request to find out all the information you are interested in. This request is free and without obligation.
Request the Tour
Thank you for contacting us! Our manager will be in touch as soon as possible to finalize the details. Close