You are here: Saint-Petersburg / Attractions / The Bronze Horseman / Saint Petersburg 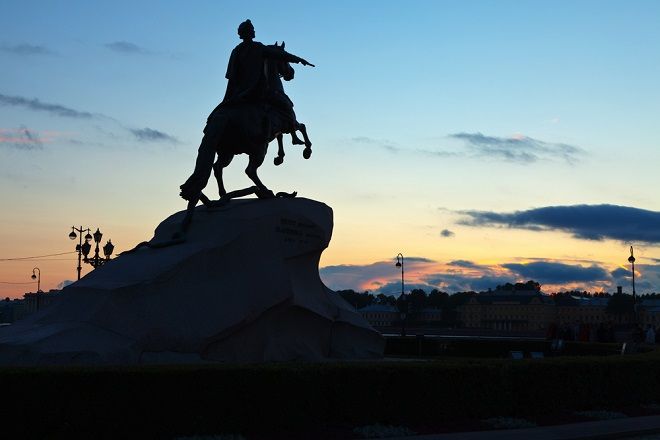 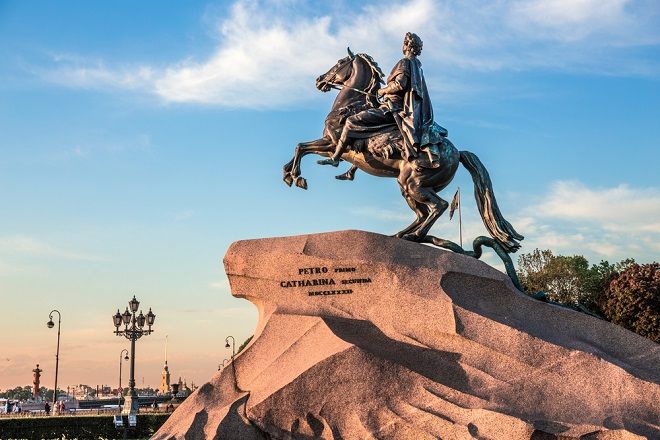 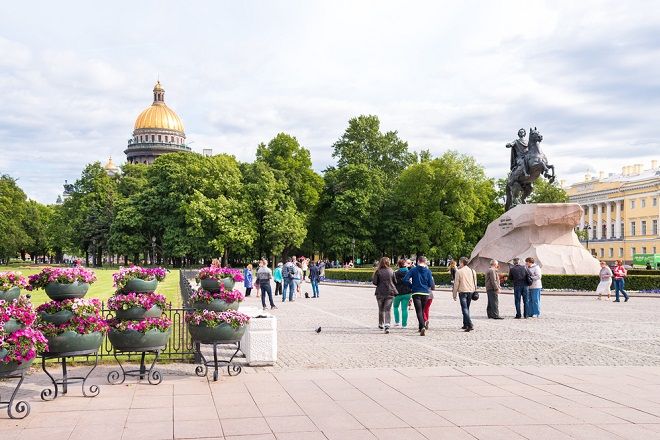 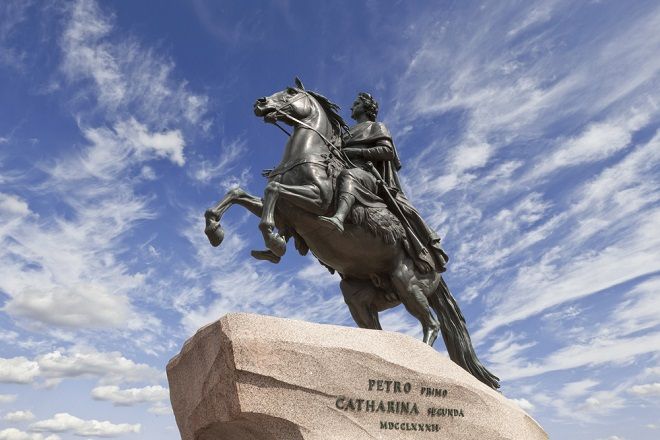 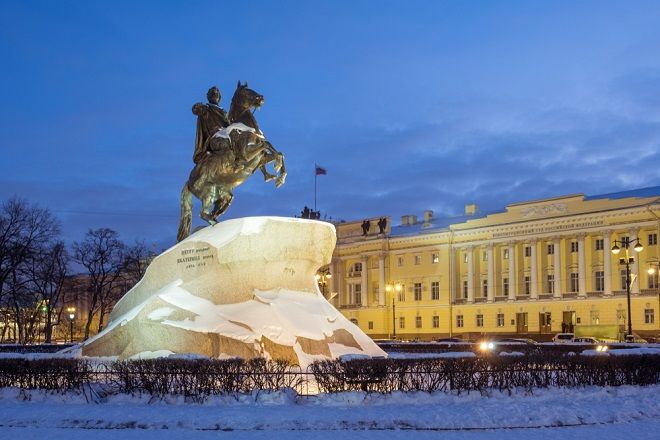 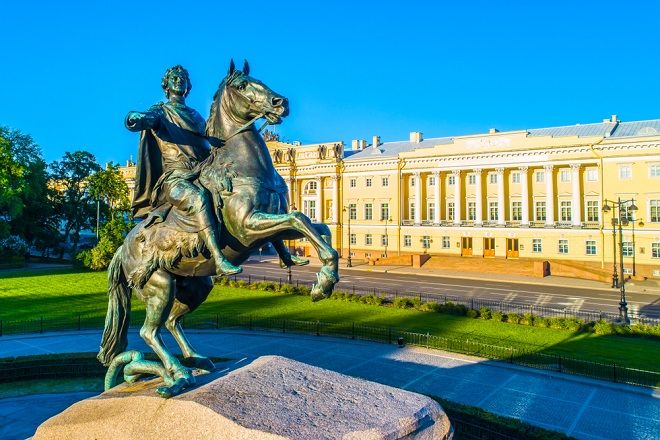 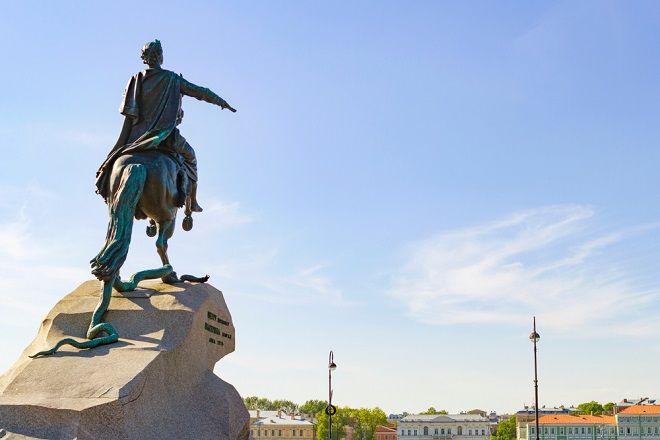 The Bronze Horseman is an iconic landmark of St. Petersburg – depicting the city's founder, Tsar Peter the Great, in a horseback pose inspired by the verse of Russian poet Alexander Pushkin, as he proudly looks out to thousands of St. Petersburg's citizens and visitors. The statue was erected at the command of Empress Catherine the Great, and has been standing on Senate Square for more than two centuries.

As Europe's fledgling nation, there was no shortage of offers of monuments to the young Tsar. Foreign diplomats and statesmen were not slow to make such offers – such as the Frenchman, Denis Diderot. However, the project which won favour was that proposed by French sculptor Etienne-Maurice Falconet, which dazzled Catherine the Great and Voltaire.

Falconet created the model over 1768-1770 for his sculpture on the area formerly occupied by the temporary Winter Palace of Empress Elizaveta Petrovna. Falconet's first task was to create sketches – whose horseman model was a young guards officer, who alternately rode two horses from the Imperial stables. The model for Peter's head took numerous attempts – but none of Falconet's versions found favour with Catherine II. Finally, Falconet's pupil and assistant, Marie-Anne Collot produced a head and face which had the right degree of gallantry and bravura. For her work, Collot was accepted as a member of the Russian Academy of Arts, and the Empress awarded Collot a lifetime pension of 10,000 livres per year.

The final casting process was not without its problems either. Foreign craftsmen either refused the job outright – or declared it was actually impossible. Eventually a foundry run by Emelyan Hailov accepted the commission. Doing so nearly cost Hailov his life – since the pipes through which the molten bronze ran burst, and he only just managed to save the workshops, and the precious sculpture from disastrous harm.

Even so, Falconet didn't see his work come to fruition. By 1778, his professional relationship with an impatient royal client was a breaking point – and he and Marie-Anne Collot were compelled to leave Russia for Paris. The statue was only finally unveiled four years later, under the direction of Fyodor Gordeev – on 7th August 1782, when the ceremonial opening took place.

Guided Tour to The Bronze Horseman

Around the Admiralty Building
Duration 2 hours
Price 25€
per person
in a group of
4 people
Review the details
Send us a request to find out all the information you are interested in. This request is free and without obligation.
Request the Tour
Thank you for contacting us! Our manager will be in touch as soon as possible to finalize the details. Close