You are here: Saint-Petersburg / Attractions / The Catherine Park / Saint Petersburg 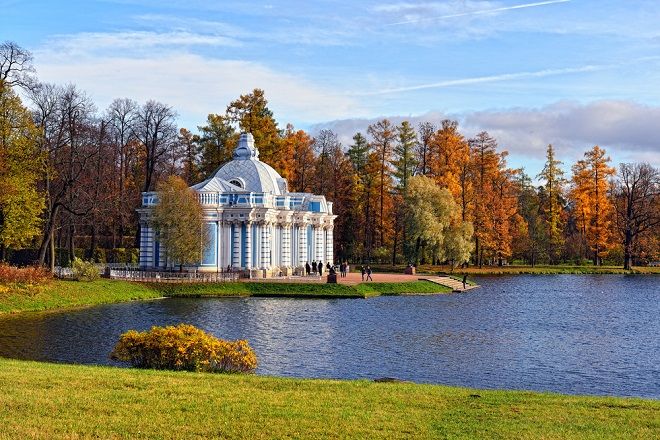 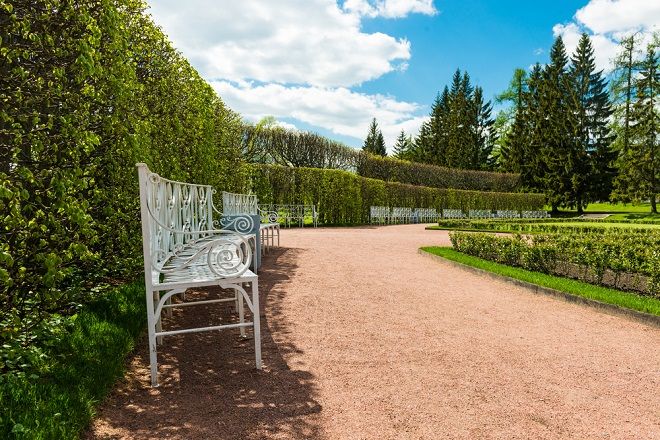 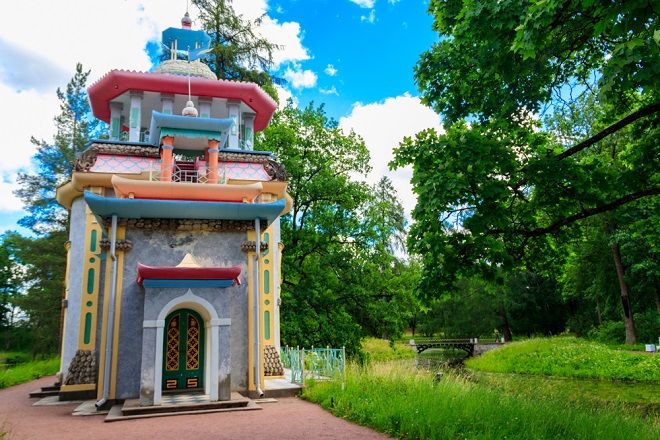 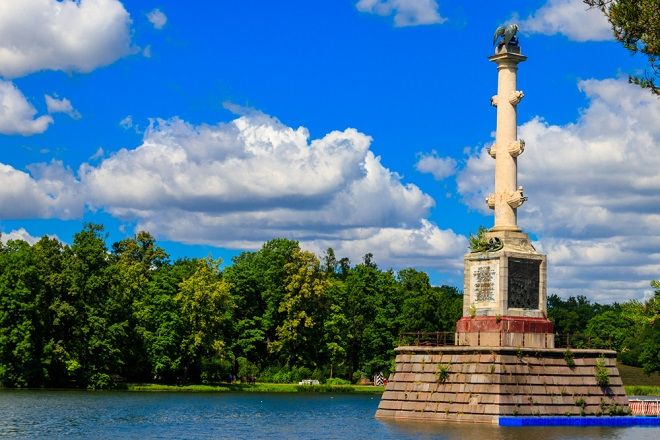 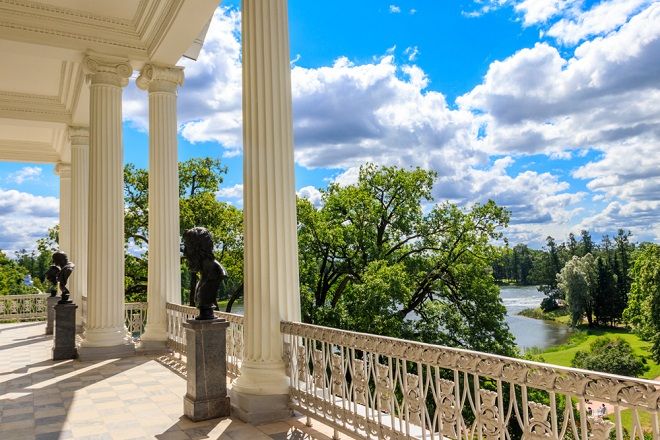 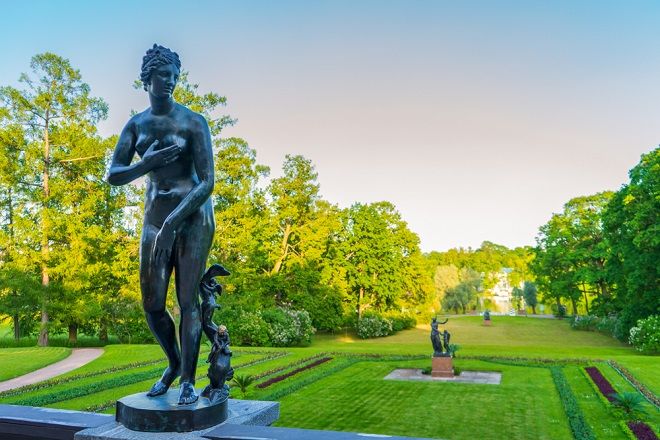 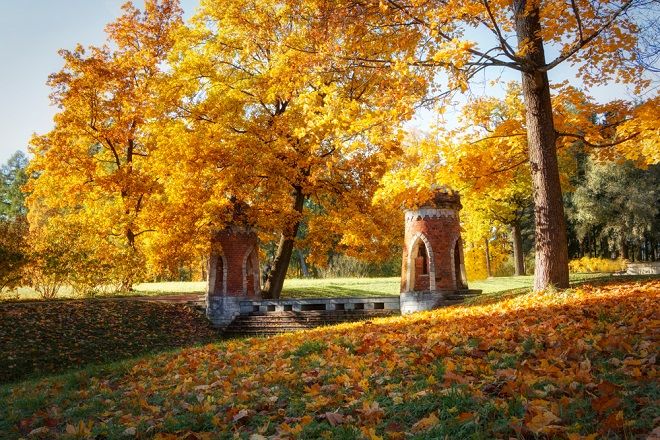 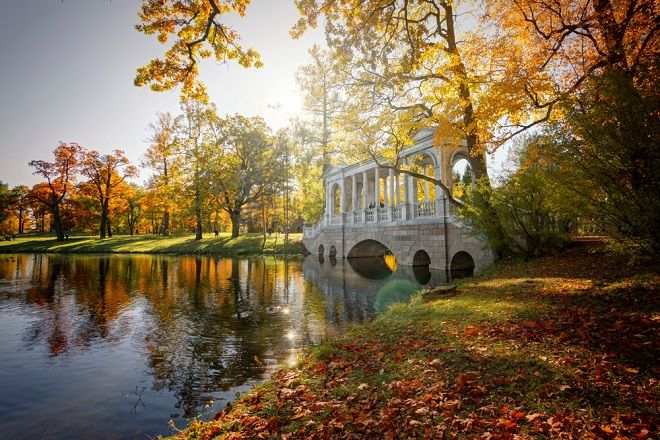 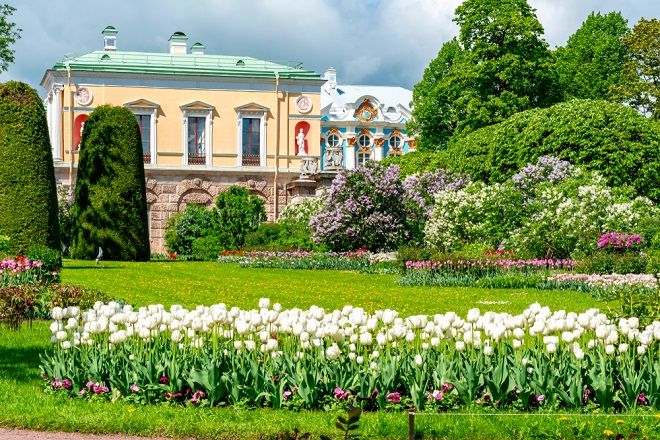 The Catherine Park is one of the finest monuments to the art of landscape gardening. Its grounds are richly populated with different kinds of palace buildings, pavilions and bridges make it the pearl of Tsarskoye Selo.

Prior to the early 18th century, the location where we now find the Catherine Park was called Tsarskoye Selo, and the land was in the Finnish provinces of what was then the Swedish Empire. On successfully defeating Sweden in the Great Northern Wars, Russian Tsar Peter the Great donated the estates here to his wife, Marta Skavronskaya. This led to the foundation of a palace here in 1717, around which the Catherine Park appeared in 1727.

The main work of landscaping the park was undertaken by a later Empress Catherine – Catherine the Great, from the 1760s onwards. The similarity to natural woodland was achieved by planting thousands of trees, shrubs and bushes, and digging artificial canals and lakes.

A large area of the park is occupied by the Great Pool, at the centre of which is an elegant pavilion. A distinguishing feature of the park is its absence of natural rivers and lakes. All of the water resources within the park are the work of human hands.

Later in life, the great Russian poet Alexander Pushkin rented a dacha at Tsarskoye Selo. It was here that he completed his great poetic novel Evgeny Onegin. He also immortalised other local landmarks in verse.

Guided Tour to the Catherine Park

The Parks of Tsarskoe Selo
Duration 5 hours
Price 63€
per person
in a group of
4 people
Review the details
Send us a request to find out all the information you are interested in. This request is free and without obligation.
Request the Tour
Thank you for contacting us! Our manager will be in touch as soon as possible to finalize the details. Close