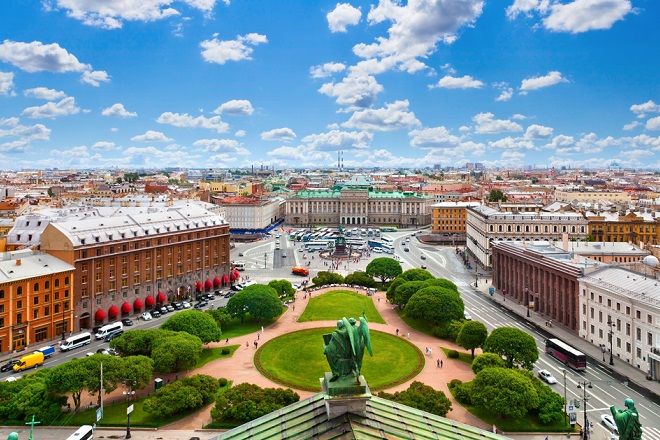 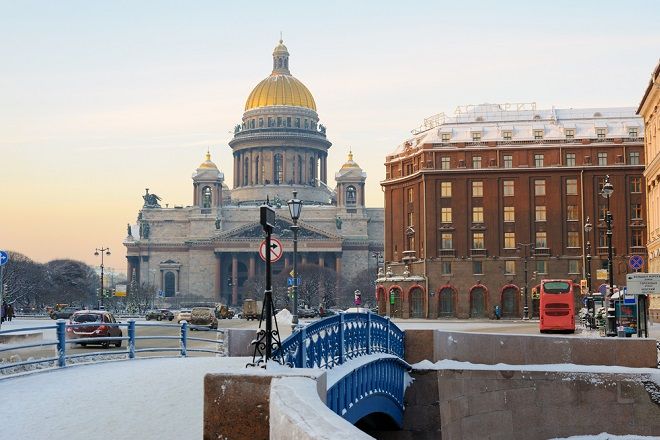 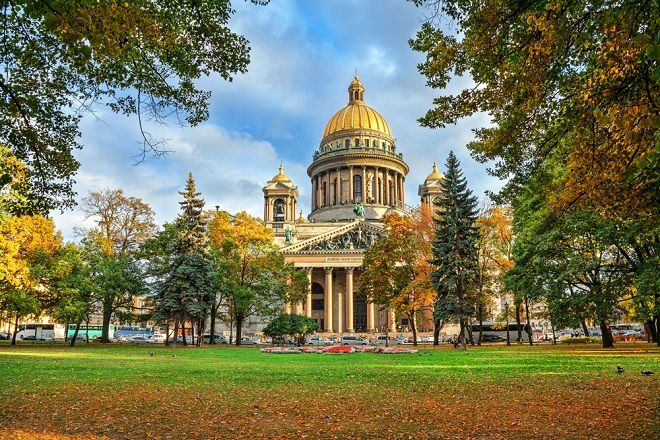 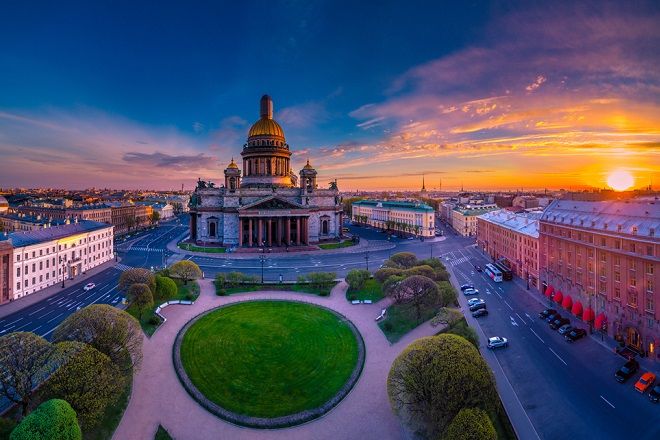 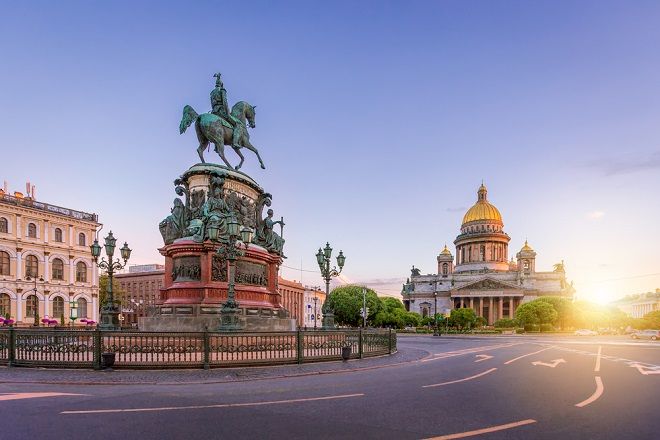 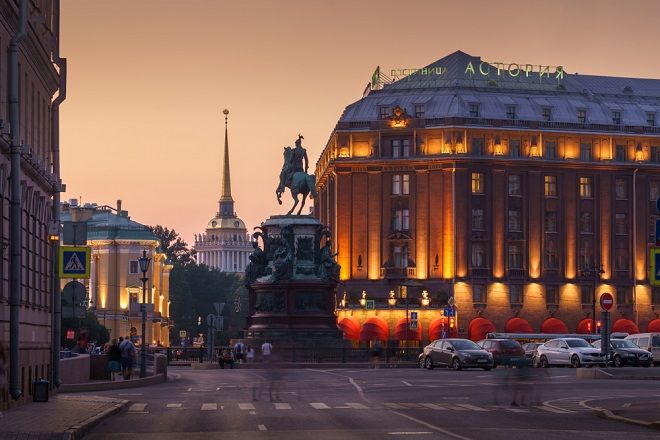 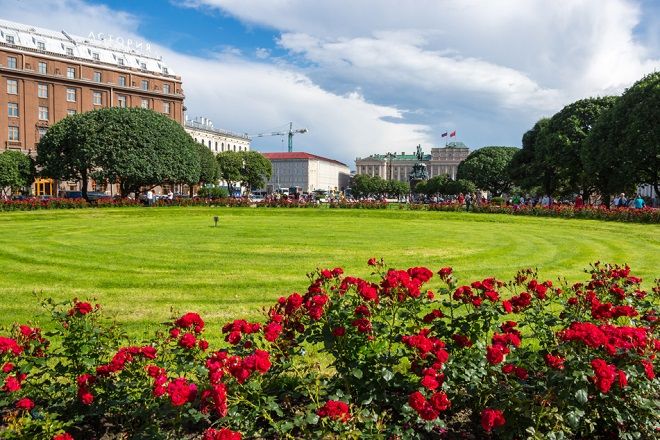 St Isaac's Square is St. Petersburg's main administrative square. On its south side we find the Mariinsky Palace, which today houses the city's legislature – while on the northern side of the Square we find Admitalty Prospekt. The architectural appearance of the building ensembles around the square is so exceptional, that they have been listed in the UNESCO listings of cultural heritage.

In the early days, St Isaac's was a market place, and was known as Market Square. It only got its present name in 1738.

The first stone-built buildings to appear on St Isaac's square were built at the behest of Empress Anna Ioannovna.

The architectural style to be seen on the square appeared during the reign of Emperor Alexander I. It was his dream to turn St. Petersburg into the world's most beautiful city, and thus he invited the French architect Antoine François Mauduit. However, political upheavals at the time left the architect in a difficult position. This left the way clear for a different French architect – Auguste Montferrand – to undertake the design and construction of St Isaac's Cathedral on the square.

The Russian architect Karl Ivanovich Rossi was offered an unusual commission in 1847. At the request of Emperor Alexander II, he took overall charge of the layout of the square, and brought it into the appearance we see here today.