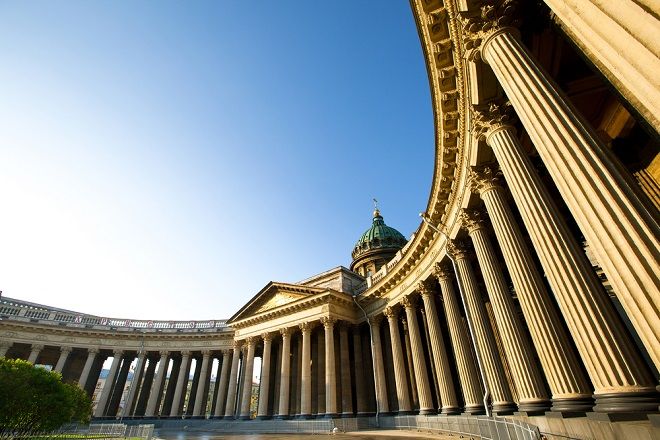 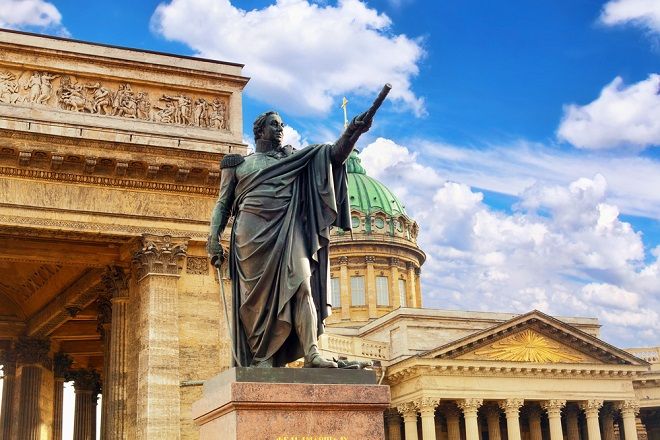 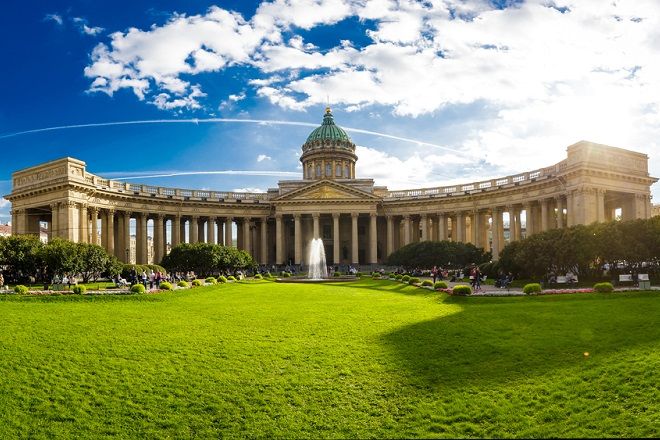 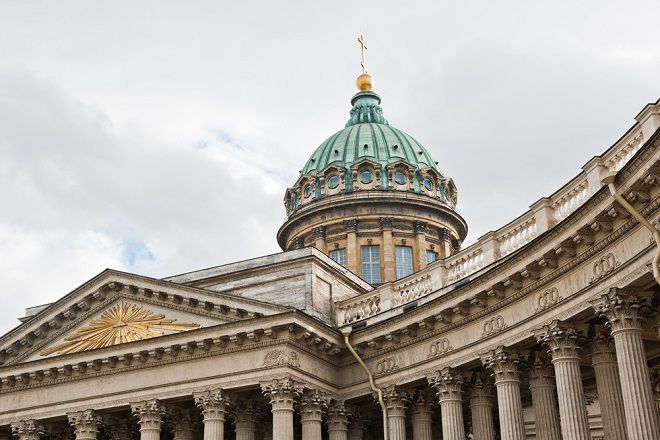 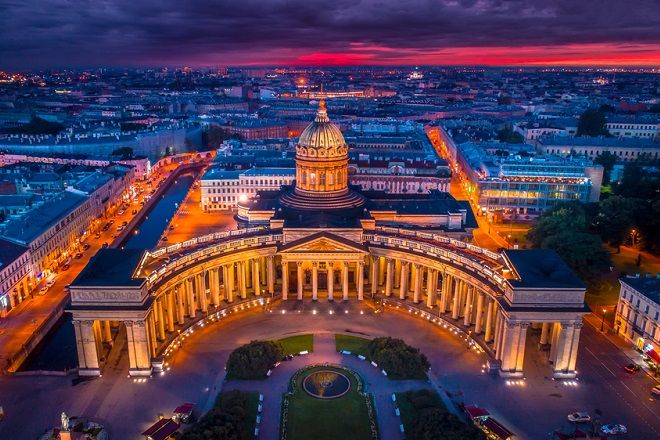 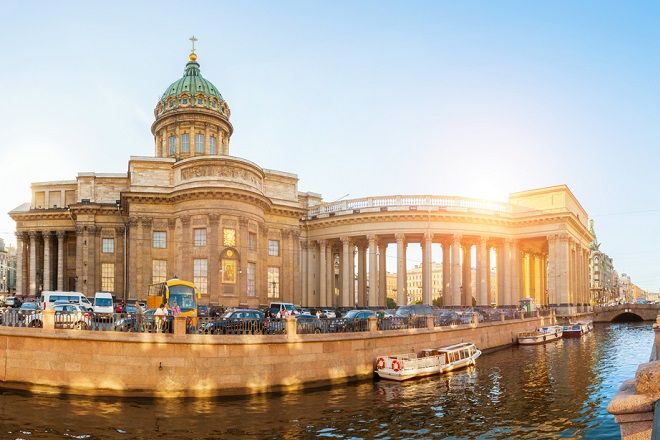 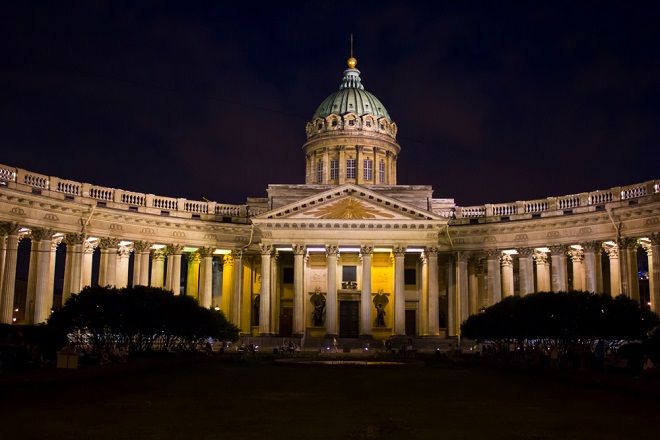 The style of most Russian churches inspires us with their grandeur and their striking colours. Yet Kazan Cathedral in St. Petersburg astounds us instead with its magnificence. It has a huge semicircular colonnade, consisting of 56 columns with capitals, with just one dome jutting skywards. It all makes a great stylistic impression on visitors to the city.

As a royal project, Kazan Cathedral was built relatively quickly, by standards of the day – from 1801 until 1811. It was built to provide safe-keeping for the Ikon of the Blessed Virgin of Kazan, which Peter the Great had brought to St. Petersburg, and made it the symbol of the Royal House of Romanov.

The ikon had been kept in the Nativity Church of the Virgin. It was in that very church that baptisms, weddings and funerals of the royal family were held. Yet the church lost its lustre and appeal over time in St. Petersburg, and paled in magnificence in the face of the city's magnificent palaces. By the middle of the 18th century, Emperor Paul I ordered that the church should be taken down, and replaced with a grandiose cathedral on the same site. The most important criterion which the Emperor stipulated, was that the new cathedral should, in every possible way, resemble the Basilica of St Peter's in Rome.

Voronikhin's designs were chosen – even though he was a former serf. The designs found favour with His Majesty – except that the cost estimates were far higher than the Royal Treasury could meet. Nevertheless, the new cathedral quickly became the centrepiece of the city's main avenue, Nevsky Prospect.

Guided Tour to the Kazan Cathedral

Сyrillic alphabet
Duration 3 hours
Price 25€
per person
in a group of
4 people
Review the details
Send us a request to find out all the information you are interested in. This request is free and without obligation.
Request the Tour
Thank you for contacting us! Our manager will be in touch as soon as possible to finalize the details. Close