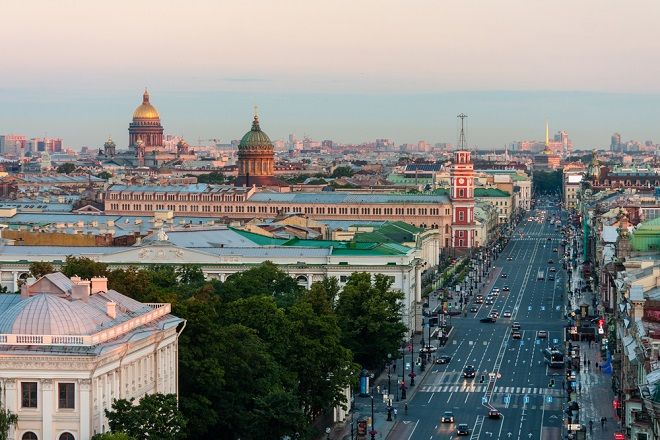 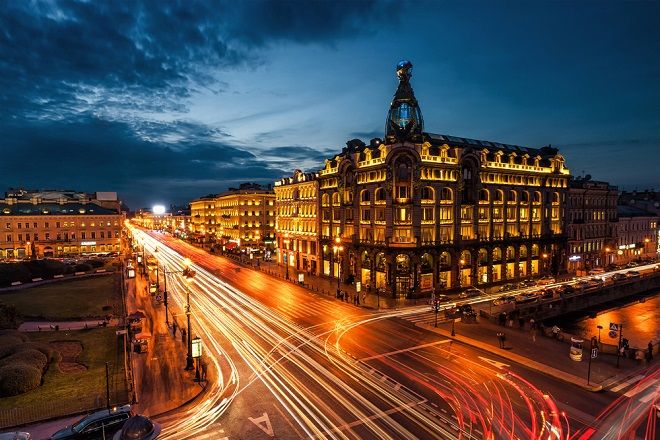 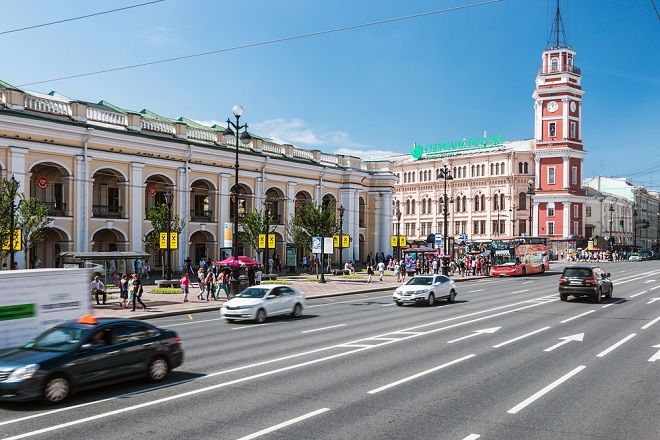 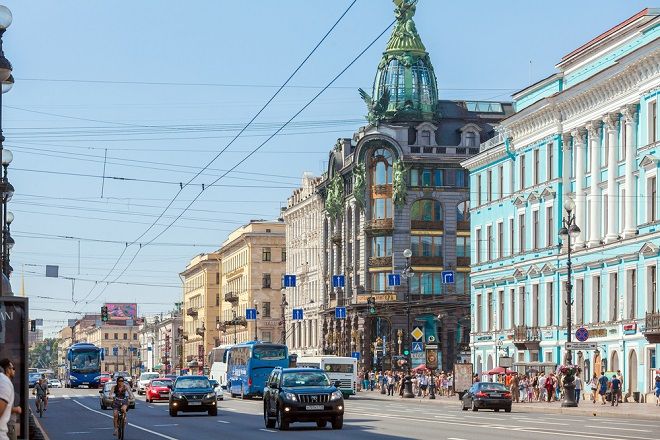 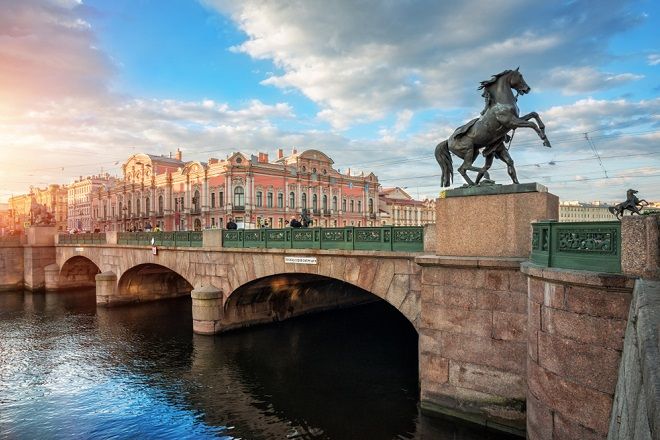 The famous Russian author Gogol wrote that 'to step onto Nevsky Prospect is to step into the atmosphere of a fairground'. He was not wrong – with its inviting shop windows, evening illuminations and the elegant facades of its historic buildings, there is something cheerfully engrossing about Nevsky Prospect that makes us want to forget our daily problems.

The Prospect emerged as the main road leading from the centre of the city to Moscow. While the Prospect was being built, it was not only problems with felling intervening woods, or draining the bogs along the way, but also with the small rivers which crossed its path, and thus needed to be bridged.

The new city avenue quickly gained mass popularity, and by the mid-18th century they began to rebuild the road in stone. It was on Nevsky Prospect that the first use was made of oil-lamps for street-lighting in Russia.

In the city's early years, Nevsky Prospect was lined by both stone and wooden buildings. However, after the great city fire of 1736, it was resolved to build only stone buildings along the main avenue. Most of the buildings we admire along Nevsky Prospect today appeared in the latter 18th century and after. By the height of the Russian Empire, visitors might find Public reading-room, banks, and the State Duma, or Parliament.

Nevsky also saw the appearance of different places of worship, for various confessions. Public squares, such as Kazan Square and Znamenskaya Square, were laid out. During the soviet era, the avenue was named 25th of October Prospekt – but the name never caught on. Latest technologies were always tried here first – including such novelties as traffic lights, and trolleybuses.

Сyrillic alphabet
Duration 3 hours
Price 25€
per person
in a group of
4 people
Review the details
Send us a request to find out all the information you are interested in. This request is free and without obligation.
Request the Tour
Thank you for contacting us! Our manager will be in touch as soon as possible to finalize the details. Close