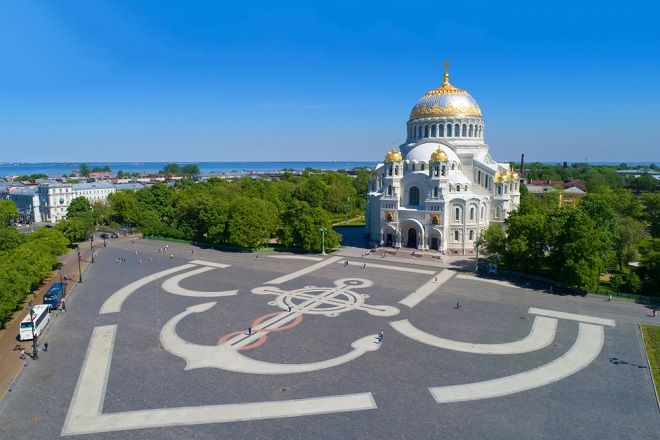 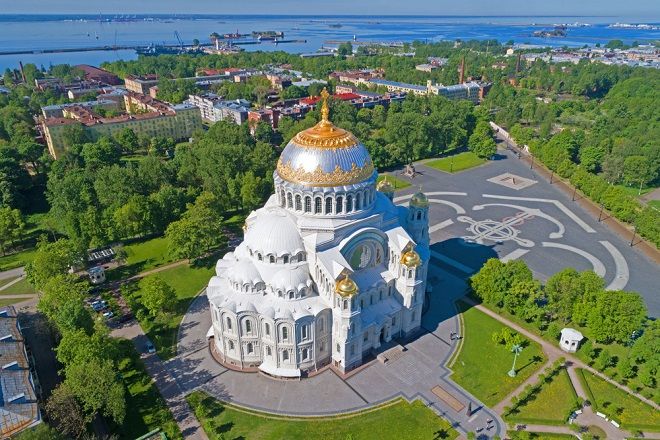 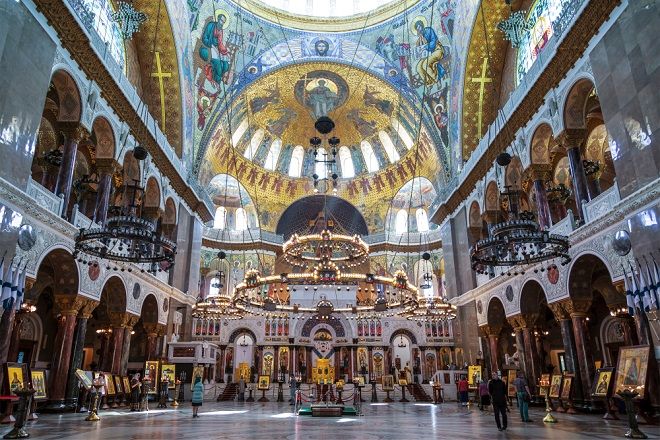 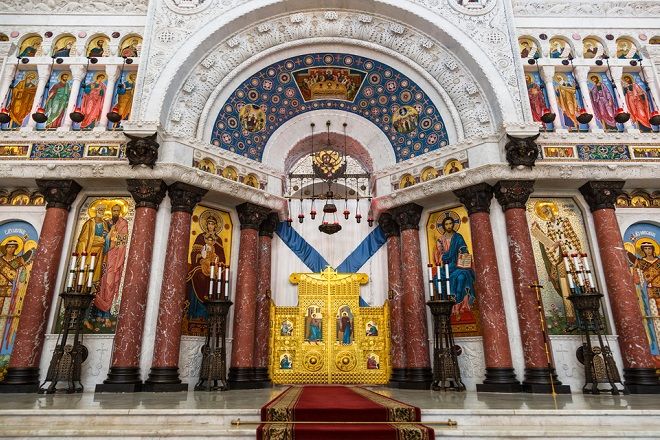 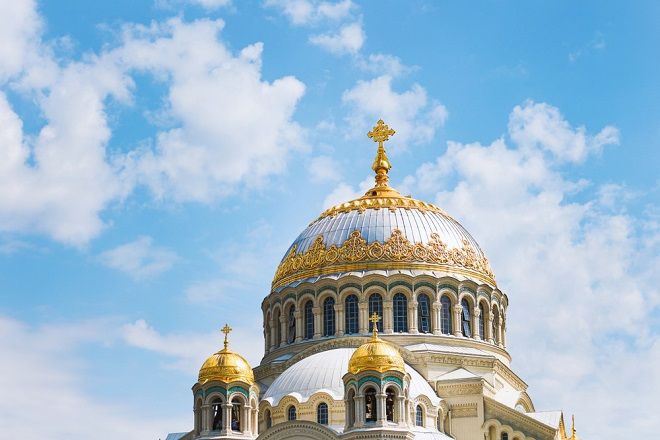 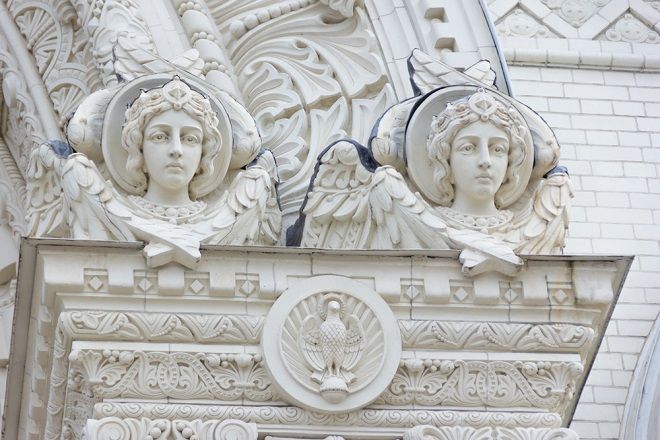 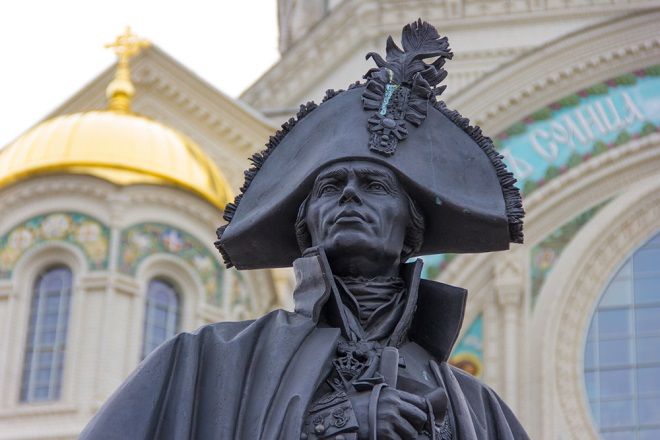 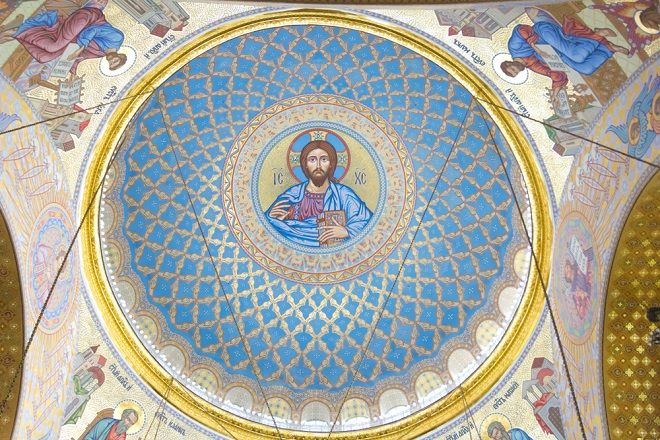 St Nicholas's is the largest and last of Russia's naval cathedrals. During the construction of this great monument to those who have perished at sea, St Ioann of Kronstadt played a personal role. Today, this church is more than just a cathedral.

The model for the Naval Cathedral was the Cathedral of Sophia in Constantinople – modern Istanbul. In many ways it is certainly smaller – yet at least in terms of its domes, it is higher. The architect Vassily Kosyakov had planned to design the cathedral in the shape of a book – which tells the story of Christianity, and of the fleet. The cathedral was opened for worship in 1913. At that time, it was an example of the latest in technological achievement. The basement has a vacuum-cleaning station, an installation for steam heating, ventilations, and store rooms. One of the cathedral's domes weighs 4840 kilograms. During the time when the Russian Church was repressed, the soviet authorities could not succeed in demolishing it. Instead, it simply sagged onto the bell-tower, until the time the cathedral was renovated. During the war, the cathedral bells were used to alert residents to the danger of attacks. The Naval Cathedral at Kronstadt is a memorial to all Russian seafarers lost at sea. It contains 130 memorial lists, showing the surnames of over 12,000 sailors who died at sea in the pre-soviet period (1796-1913).

The idea of building a great Naval cathedral first appeared in the 1830s. However, it had to wait until 1897 until it received highest approval.

The location of the new cathedral was decided as Anchor Square. The crucial issue which the High Command demanded, was that the cathedral should be an orientation point for the sea. In April 1901, the project was undertaken by the architect V.A. Kosyakov.

Construction of the cathedral began in September 1902, and ceremonial laying of the cornerstone took place on 8th May 1903, in the presence of the Russian Emperor, Tsar Nicholas II. The cathedral was consecrated for worship in 1913.

During the years of the USSR, the cathedral fell into disuse. In 2002, the Most Holy Patriarch of Moscow and All Russia, Alexei II blessed the reopening of the cathedral. Three years later, the liturgy was celebrated for the first time in 75 years.

Peterhof and Kronstadt
Duration 8 hours
Price 125€
per person
in a group of
4 people
Review the details
Send us a request to find out all the information you are interested in. This request is free and without obligation.
Request the Tour
Thank you for contacting us! Our manager will be in touch as soon as possible to finalize the details. Close