The Singer Building in St. Petersburg

You are here: Saint-Petersburg / Attractions / The Singer Building in St. Petersburg 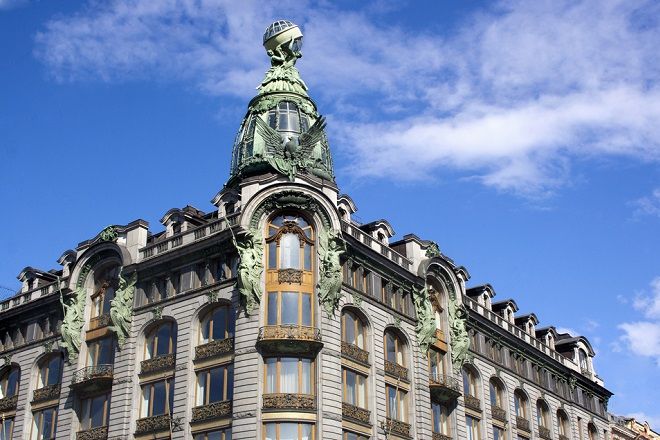 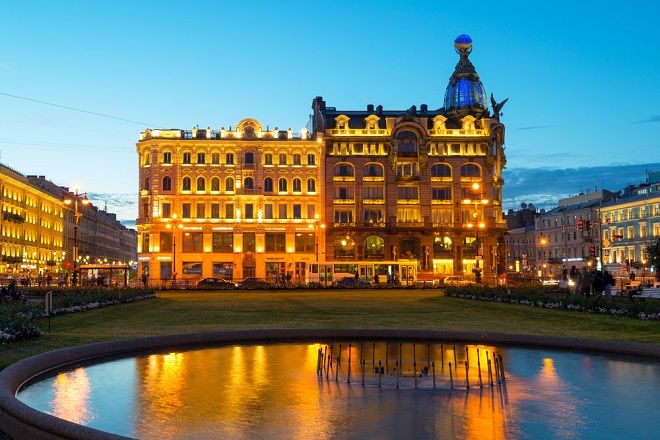 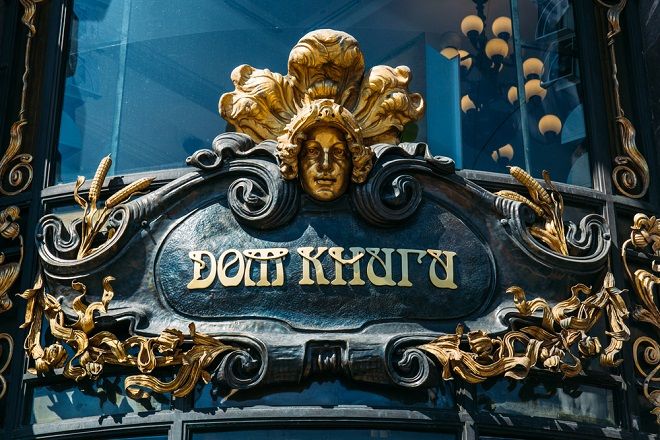 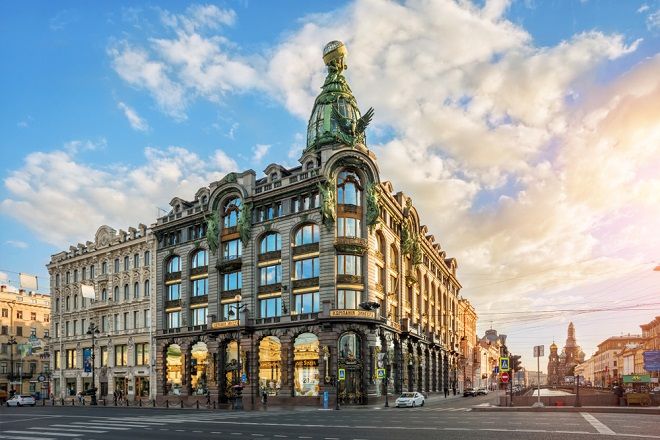 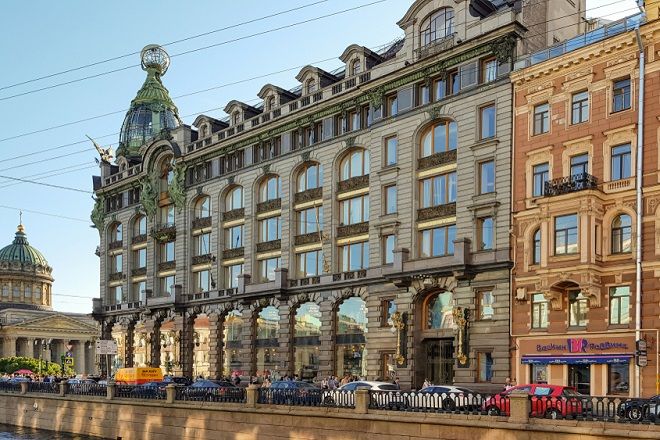 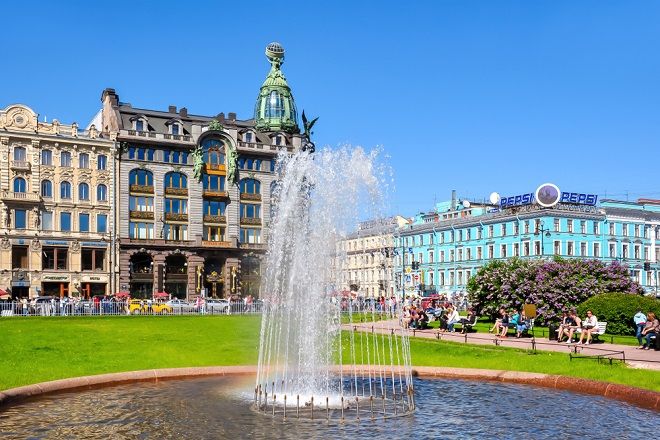 The building today known as 'House of Books' in St. Petersburg – Dom Knigi - is a deserved city sightseeing attraction – but it wasn't originally built as a bookstore. The building's astonishing architecture draws the tourists in – but there's more to see than just the books.

Construction work went on from 1902 until 1904, led by architect Pavel Suzor. The project was a commission from the American Singer Sewing Machines company, and thus it became named after them,

The location for the building was carefully chosen – the site, at the intersection of the Griboyedov Canal with Nevsky Prospect had enormous retail potential that would bring huge profits in for the company.

The lower floors accommodated banking offices, ethnographic exhibitions, and Singer's own-brand shop. The upper floors were given over to workshops.