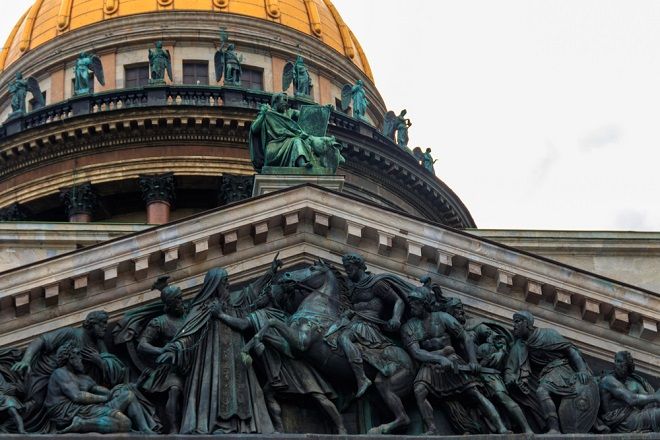 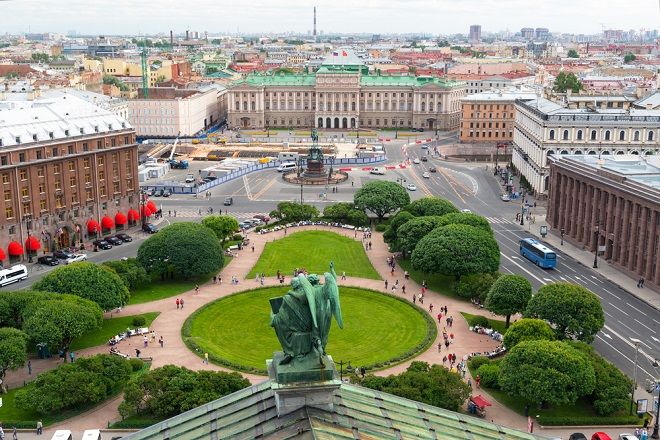 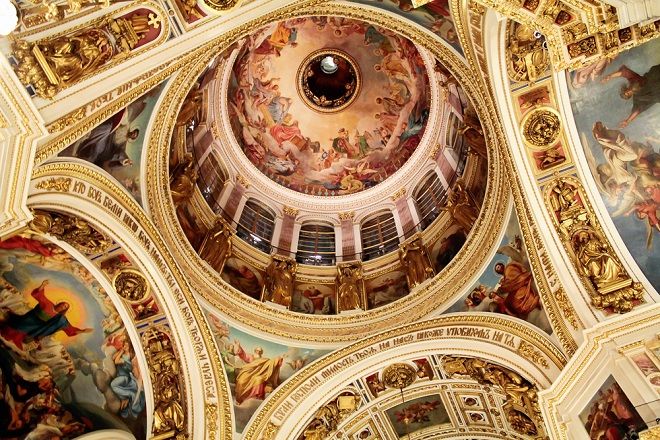 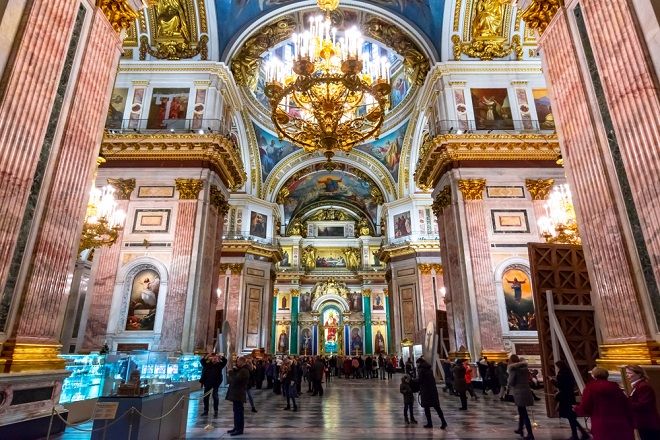 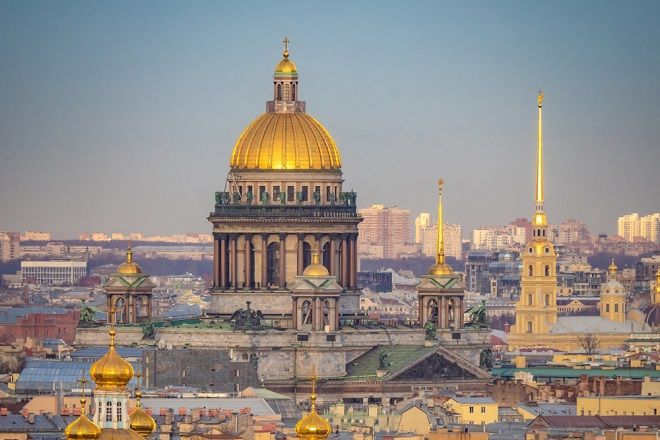 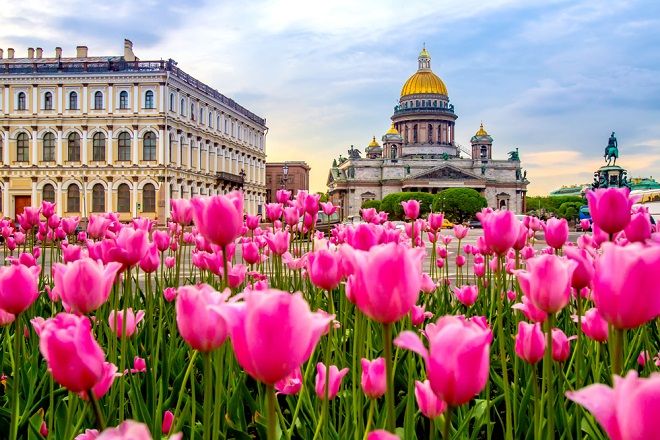 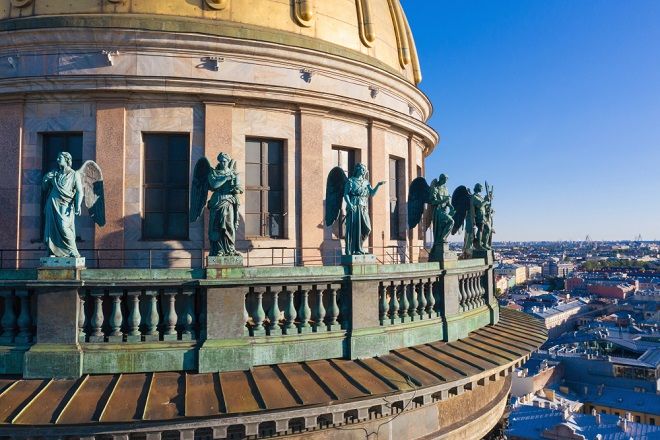 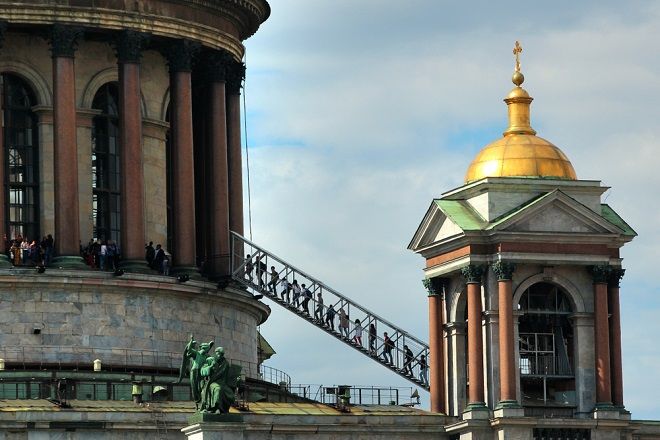 St Isaac's Cathedral is the largest Russian-Orthodox place of worship in St. Petersburg, along with being one of the tallest domed structures anywhere on earth. The sheer scale of this 19th-century project astounds us, impressing us, and captivating our view.

The history of the cathedral dates back to 1710 – a time at which the church here was a wooden chapel dedicated to St Isaac of Dalmatia. It was the very church where Tsar Peter the Great wed Catherine Alekseevna. Very soon, the wooden building was rebuilt in stone – yet this was not the colossal church we see today. The appearance of the new stone church was sharply criticised.

Emperor Alexander I appealed to architectural experts for help – who announced an architectural competition to build a more fitting cathedral. A young French architect, Auguste Montferrand, was announced as the winner. Building his cathedral would go on to take 40 years.

Over 40 different kinds of stone were used in the construction – a fact which gave rise to an unofficial nickname as museum of coloured stone. Nearly one hundred kilograms of gold were used to gild its dome. Artists whose work adorns the dome include Karl Briullov, while other internal decoration was provided by Vassily Shebuev, Ivan Vitaly and Fyodor Bruni.

St. Isaac Cathedral, Church of the Savior on Spilled Blood
Duration 3 hours
Price 45€
per person
in a group of
4 people
Review the details
Send us a request to find out all the information you are interested in. This request is free and without obligation.
Request the Tour
Thank you for contacting us! Our manager will be in touch as soon as possible to finalize the details. Close