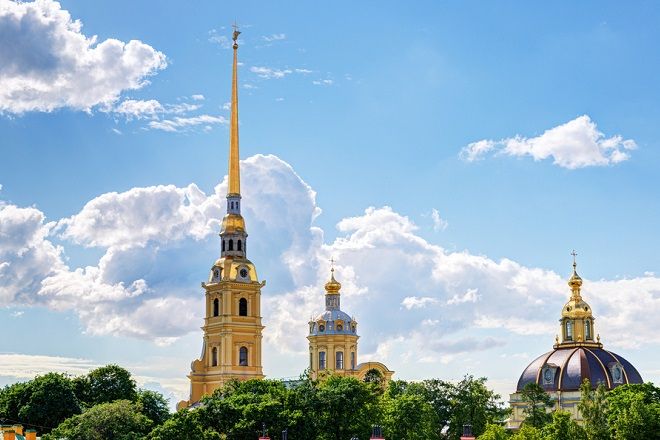 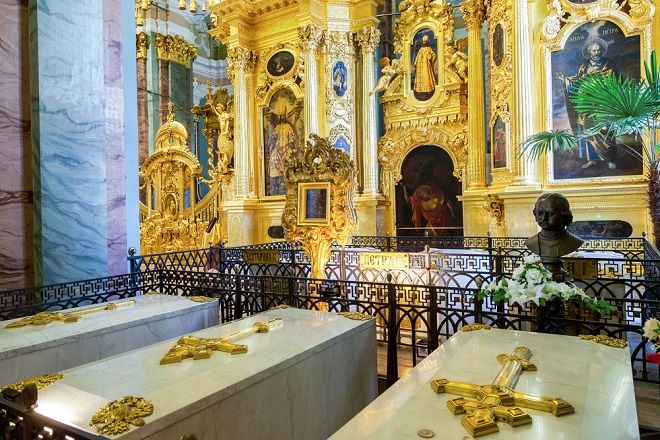 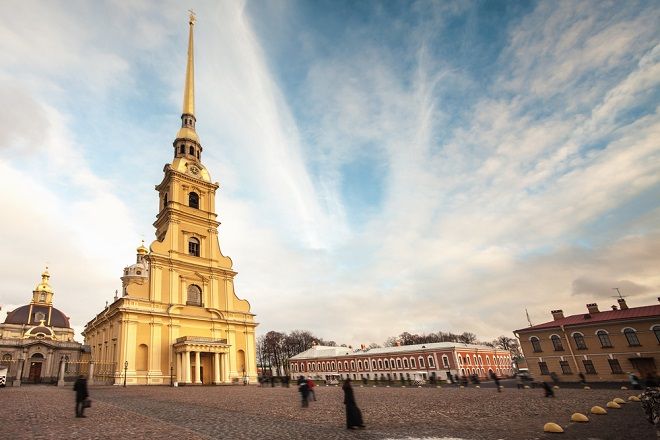 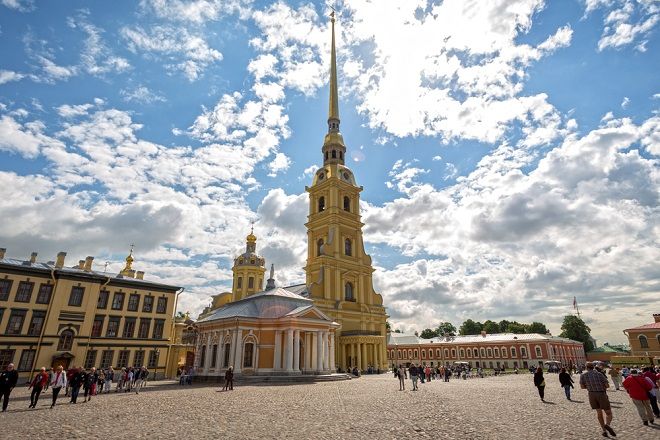 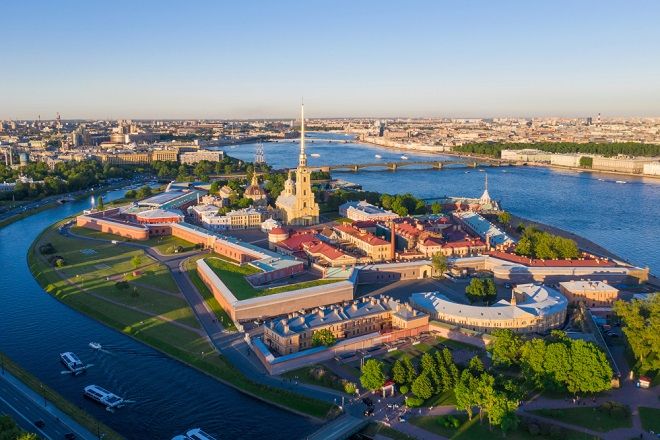 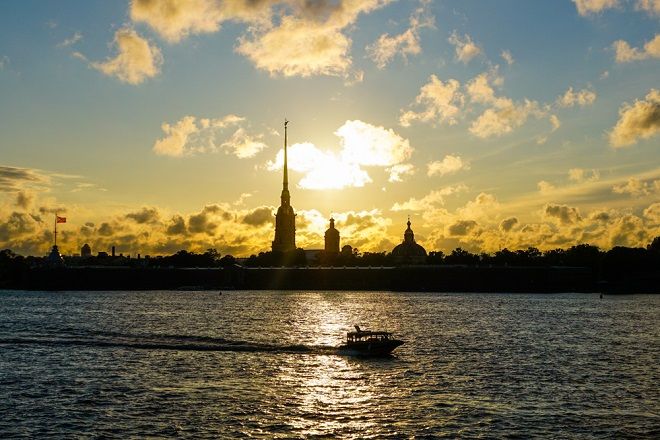 The centrepiece and main building on the grounds of the Peter & Paul Fortress – one of a small number of major architectural monuments to have survived from the early 18th century in St. Petersburg. Its bell-tower and spire – capped with a weathervane in the shape of an angel – are symbols of the city.

Prior to building the Peter and Paul Fortress, Peter the Great had given orders to build a wooden church there in 1703. Ten years later, the Italian architect Trezzini was invited to come and replace the wooden church with a more fitting stone cathedral. Trezzini rose to the occasion, producing a cathedral of great elegance. The cathedral's silhouette reminds us of a tall-masted galleon.

At first, they put up the bell-tower and spire – which also functioned as an observation platform. Once it was complete, Tsar Peter loved to climb to the top with foreign guests to the city, and admire the panoramic views of his city as it took shape around him.

The weathervane atop the spire was also intended to provide spiritual protection for the young city. Tsar Peter did not live to see his project completed. The cathedral was only consecrated in 1733, where the reigning monarch at the ceremony was Empress Anna Ioannovna.

During the Second World War, experienced mountain-climbers were used to camouflage the shining spire – to prevent it offering a target to enemy bombers.

Guided Tour to the Peter and Paul Cathedral

The Peter and Paul Fortress
Duration 3 hours
Price 59€
per person
in a group of
4 people
Review the details
Send us a request to find out all the information you are interested in. This request is free and without obligation.
Request the Tour
Thank you for contacting us! Our manager will be in touch as soon as possible to finalize the details. Close