Everything you need to know about the Mariinsky Theatre

You are here: Saint-Petersburg / Theater tickets / The Marinsky Theatre

Everything you need to know about the Mariinsky Theatre

If plays and ballets such as Swan Lake, the Nutcracker, Cinderella, the Sleeping Beauty, hold a special place in your heart, we invite you to the stunning Mariinsky Theatre! Here you can immerse yourself in the magical atmosphere and listen to world-famous musicians and actors. 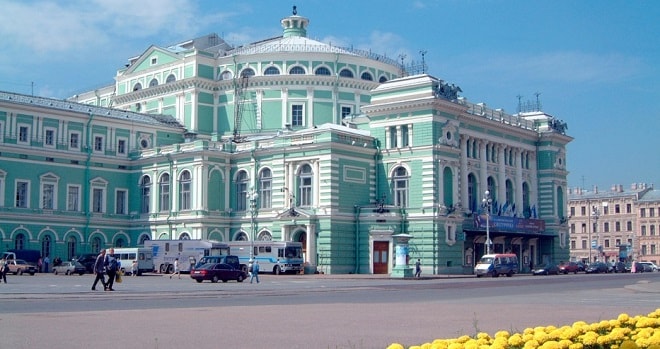 The historical scene of the Mariinsky Theater

The history of the Mariinsky Theatre

In 1860, the first theatre season opened with the opera ‘A Life for the Tsar’. At first, there were only operas in the Marinsky Theatre, but in 1870, the golden age of the theatre began, when Marius Petipa introduced the first ballet to the public. The Marinsky Theatre have received worldwide fame, while Petipa has become the author of immortal ballets ‘The Nutcracker’ and ‘Swan Lake’. Meanwhile the best-known compositions of Tchaikovsky, Rubinstein and Borodin were born.

However, the Russian revolution ate away at the theatre, its lapsed fame was unrecoverable. The Bolshoi Theatre came into the picture, Marinsky students departed to act in Moscow plays.

The interior of the historical scene

No sooner than 1980, the Mariinsky Theatre returned to life under the direction of Valery Georgiev. The theatre became worldwide famous again, actors gave performances on tour. In general, the season lasts from September until June, though some concerts are available during the year. In peak season (from September until June), tickets are on sale only two weeks before the performance, but from July-August tickets are available from May.

How to get to the Mariinsky Theatre?

The Mariinsky 1 is situated on Teatralnaya Ploshcad (Theatre Square) in the center of the city. The nearest metro stations are: Sadovaya (violet line); Sennaya Square (blue line); Spasskaya (orange line). You can get to the theatre from the metro by buses (70, 71, K-1, K-124, K-169, K-186, K-350). From the metro station Admiralteyskaya (violet line), Gostiny Dvor (green line) and Nevsky Prospect (blue line) you can get there by buses (3, 22 and 27).

You just need to order tickets in advance to spend a memorable night in one of the most acclaimed theatres of Russia and enjoy the plays performed by worldwide famous actors.